Documentary of the climb to premiere March 18

PLAINSBORO, N.J. (March 8, 2016) — A 15-person team of multiple myeloma patients, doctors, family members, and supporters climbed the renowned 19,341-foot Uhuru Peak on Mount Kilimanjaro in Tanzania, Africa, in January, to raise awareness and funds for critical multiple myeloma research. The inaugural event of Moving Mountains for Multiple Myeloma, a collaboration between CURE Media Group, Takeda and the Multiple Myeloma Research Foundation (MMRF), the climb raised approximately $250,000, with all proceeds going to the MMRF to accelerate research for next generation treatments.

Multiple myeloma is an incurable cancer of the blood that carries only a 46.6 percent chance of survival beyond five years, according to the National Cancer Institute. While great progress has been made in recent years to develop novel treatments, continued research funding is needed to get to the ultimate goal: a cure.

“There is nothing more powerful than working together with multiple myeloma patients, doctors, and caregivers toward a common goal,” said Alicia O’Neill, climber and MMRF executive. “As a participant in the climb, I couldn’t be more proud of the commitment and energy of everyone who climbed and supported this effort. Thanks to this remarkable determination and generosity, the MMRF will continue to advance the front lines of research in multiple myeloma, paving the way for more awareness, as well as new treatments and hope for patients and their families around the world.”

“Pushing our way toward the summit was the hardest thing I've ever done, as it was freezing cold with winds more than 40 mph…it was surreal, but I made it,” said Wagner. “The promise I made to bring the names on my banner - cancer survivors and people who passed away - to the summit motivated me. It was an obligation I had to meet no matter what. I'm thankful for the opportunity to take action in a meaningful way, and to fight back against multiple myeloma.”

A documentary of the climb, filmed and produced by Uncage the Soul Productions, will premiere at the inaugural Multiple Myeloma Heroes Awards event on March 18, at the Eden Roc Miami, during the 20th Annual International Congress on Hematologic Malignancies®. Hosted by CURE Media Group, the event will honor individuals making heroic contributions in the field of multiple myeloma or in the lives of patients with multiple myeloma, with nominations coming from patients, caregivers, and colleagues.

About Moving Mountains for Multiple Myeloma

Moving Mountains for Multiple Myeloma is an MMRF program supported by CURE Media Group and Takeda. The MMRF has teams participating in other adventure climbs, including Conquer the Canyon® - Grand Canyon, May 12-16, and Machu Picchu, August 9-14, and is currently recruiting interested participants for Mount Kilimanjaro, February 2017. Funds raised by the Moving Mountains for Multiple Myeloma endeavors will go directly to research, supporting the MMRF mission. For more information, visit www.movingmountainsformultiplemyeloma.com.

About the Multiple Myeloma Research Foundation

The Multiple Myeloma Research Foundation (MMRF) was established in 1998 as a 501(c)(3) non-profit organization by twin sisters Karen Andrews and Kathy Giusti soon after Kathy’s diagnosis with multiple myeloma. The mission of the MMRF is to relentlessly pursue innovative means that accelerate the development of next-generation multiple myeloma treatments to extend the lives of patients and lead to a cure. As the world’s number-one private funder of multiple myeloma research, the MMRF has raised more than $300 million since its inception and directs nearly 90 percent of its total budget to research and related programming. As a result, the MMRF has been awarded Charity Navigator’s coveted four-star rating for 11 consecutive years, the highest designation for outstanding fiscal responsibility and exceptional efficiency.

Located in Osaka, Japan, Takeda is a research-based global company with its main focus on pharmaceuticals. As the largest pharmaceutical company in Japan and one of the global leaders of the industry, Takeda is committed to striving toward better health for patients worldwide through leading innovation in medicine. Additional information about Takeda is available through its corporate website, www.takeda.com. 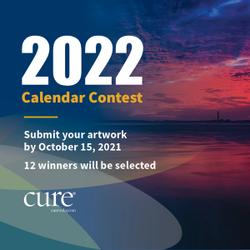 Telling Me That My Cancer Is ‘Chronic’ Is a Painful Lie

New Treatments and Tips for Dealing With Blood Cancer

What Does It Mean to Be a Cancer Survivor?