Although CLL follows a different staging format than other cancer types, diagnosing the disease properly can open the doors for more effective treatment and management strategies.

Diagnosing and staging chronic lymphocytic leukemia (CLL), the most common form of leukemia in the U.S., allows patients to better manage their disease, even if they are in early stages where a wait-and-see approach is most appropriate.

Dr. Nitin Jain, associate professor in the department of leukemia at the University of Texas MD Anderson Cancer Center in Houston, discussed the basics of CLL diagnosis and staging at the CURE® Educated Patient® Leukemia Summit. CURE® also spoke with Jain to learn more about how CLL is diagnosed, when to get a second opinion and how staging the disease is different than solid tumors.

CURE®: Why is it so important for patients and caregivers to know this information?

Jain: About 21,000 new patients are diagnosed (with CLL) each year. It's expected that around … 200,000 patients are living with CLL. It's a large group of patients and their caregivers we're talking about.

It’s very important for patients and their caregivers to know what exactly CLL is, how we diagnose CLL, (does the patient) need a bone marrow (biopsy) to diagnose CLL or can we diagnose in blood, what tests are involved and then obviously an important aspect is how do we treat and manage CLL.

How is CLL typically diagnosed, and are there are misconceptions along the way that patients may encounter?

CLL is chronic lymphocytic leukemia, and there is also a very close terminology called SLL, small lymphocytic lymphoma. It (can be) confusing for the patients and caregivers because the primary care doctor or their local oncologist, may say, ‘You have CLL.’ Someone (else) may say you have SLL. But it's important to know that both these diseases pretty much represent the same spectrum. If you have more disease in the blood, it’s called CLL. If you have more disease or limited disease in the lymph node, it’s called SLL. But these are the same cancer cells, and they are managed and treated the same way. In fact, in clinical trials, we use the term CLL and SLL almost interchangeably. That's one important aspect.

If the blood is not sufficient for the diagnosis or there are some markers which are not 100% consistent with CLL, … the pathologist would recommend doing either a lymph node biopsy or a bone marrow biopsy to confirm the diagnosis of CLL. For the majority of the patients, a blood test for flow cytometry should be able to establish a diagnosis of CLL.

Once a patient receives a diagnosis of CLL, how is the disease staged?

What's more important for patients to know is that for most patients with stage 0, stage 1 or stage 2, in the early stage of the disease, the recommendation is just watch and wait. We don't really treat patients right away. But if you have stage 3 or stage 4 disease, which means that you have low hemoglobin or low platelet count, that really needs to be treated.

One thing I would emphasize is that (staging CLL is) a bit different from what we understand about staging maybe in the context of lung cancer, breast cancer or some other cancers, where stage 4 indicates metastatic disease, which has a much different prognosis than stage 1, which is a more localized cancer, and you can do surgery or radiation. In the context of CLL, though, we use stages 0 to 4, but they have somewhat different meanings than what you think of stage 4 in the context of a solid tumor.

What happens once a patient is diagnosed and staged?

Once you have established the diagnosis (of CLL) and then stage the disease, the next question is how do we manage these patients with CLL. There are specific, very effective treatment regimens which are now available for patients. But at the same time, the majority of the patients, when they're diagnosed with CLL, their standard recommendation is watch and wait. It could be years before a patient needs treatment for their CLL. Certainly, there are very effective treatments available now, and more effective and safer therapies coming along in the future. The future is very bright in terms of the therapy options we have for patients with CLL.

What advice would you give patients and their caregivers who are undergoing the diagnosing and staging process for CLL?

If there are any concerns about the diagnosis of CLL, because sometimes flow cytometry, blood and bone marrow may not be conclusive, it's certainly advisable to get a second opinion. There are many centers of excellence for CLL in the United States. So, approach those centers and get your bone marrow slides reviewed or get additional testing done for the confirmation of diagnosis.

At the same time, there are now trials which are being developed even for patients with (early-stage) CLL. You may be eligible for one of those trials, or at least you can learn more about those trials by going to some of these university hospitals, which have a lot of CLL clinical trials going on. I would advocate to seek a second opinion to learn more about the disease from some of these centers and to see if there (are) any clinical trial options which you may be interested in, which (are) available at that center and you could benefit from. 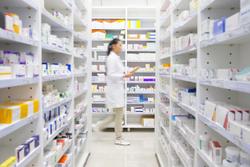