Searching for Answers in the Treatment of Young Patients With Sarcoma

CURE spoke with Noah Federman about the prevalence and treatment of sarcomas in younger patients.

As advances continue to be made for the treatment of a variety of sarcomas, researchers are still working to improve outcomes for pediatric, adolescent and young adult (AYA) patients— a prevalent population with the disease.

How often do you treat pediatric and AYA patients with this diesase?

Why are sarcomas so prevalent in younger patients?

In an interview with CURE, Federman, director of the Pediatric Bone and Soft Tissue Sarcoma Program, part of the UCLA Sarcoma Program and UCLA's Jonsson Comprehensive Cancer Center, discusses challenges with treating pediatric and AYA patients with sarcomas and ongoing efforts to overcome these obstacles.The bone and soft tissue cancers can be seen at any point in a person’s life, from several months of age to 100 years of age. However, by and large, many of these are actually prevalent within the second and third decades of life—so age 10 to age 20. The patients I treat are generally in that age range. Although I am a pediatrician, there are many patients I treat who are age 18 to 25.The connections with sarcomas and children and many pediatric cancers are very different than the connection that we see with cancer in adults. In adults, we believe that there is some environmental trigger, such as smoking, alcohol or asbestos. In pediatric cancer, there really seems to be a genetic predisposition. What the predisposition is, we don’t know exactly.

What issues are there that this particular patient population faces?

For example, one of the clinical trials that we do involves whole-exome sequencing for patients. This has been a large clinical trial that is supported by UCLA’s Jonsson Comprehensive Cancer Center to basically characterize the genomes of patients, the tumors, and their parents to look for novel genetic predispositions and pathways for these cancers. Our goal is to find the genes and pathways that might lead to an understanding of some of these inherited predispositions, as well as an understanding of the potential of immunotherapy in the pathways.The population of AYA patients is very unique. It is a very difficult population, as they are just asserting their independence. Their outlook on life is that they are immortal, and when they’re faced with a diagnosis of cancer, you have taken all of that away from them.

It’s a very delicate balance between treating them as adults, but also giving them all of the support they need from their family and psychosocial needs to all of the medical support.

What are some ongoing sarcoma trials you are working on right now?

Historically, when we look at clinical trials, the AYA population has really been left out of the clinical research in this field. We have been really good at enrolling patients less than 10 years old. We are also getting better at enrolling adult patients, but between the AYA and adult population is really where we need participation in trials.The research that we are doing with the Jonsson Comprehensive Cancer Center at UCLA is centering on patients with rare bone and soft tissue cancers. Generally, these are children, adolescents, and young adults.

Two of the clinical trials we are doing are looking at imaging—specifically, PET/CT scans—where we would like to see an increase in activity, to see the cancers more accurately, and to stage them more accurately. Then, we want to look at the response to our treatments, so that, hopefully, we can see whether patients are responding to them earlier in the course of their disease.

What research has you excited in this field?

The second trial that we are doing is looking at some targeted chemotherapy agents toward rare bone and soft tissue cancer, such as Ewing sarcoma and rhabdomyosarcoma. These are novel therapeutics. The FDA has not yet approved some of them and we are hoping that, with more targeted therapies, we can improve the outcomes for these cancers.There are a lot of things that are going on in the field of cancer itself, such as immunotherapy and tumor vaccines. We are excited in the bone and soft tissue sarcoma realm because we feel that some of these therapies can be translated into our field. For instance, I am working on an immunotherapy that has been approved in melanoma and lung cancer; we are looking at that now as a potential therapeutic in advanced bone and soft tissue cancers.

How could the use of nanotechnology have a role in treating sarcomas?

We believe that we are about to be at a breakthrough point for advanced stage bone and soft tissue sarcomas—the spot where melanoma has just been in the last year. This is going to be an exciting few years to come.That is another field that we have been involved in, and we’re looking at nanotechnology in the treatment of pediatric bone and soft tissue cancers. It can be translated, really, to any cancer.

What is nanotechnology? It is looking at very small molecules; it can be the size of a bacterial/viral cell. The idea is that we can use these sorts of vehicles to both carry cytotoxic agents and to coat these vehicles with mechanisms of targeting cancer cells. What we have been doing for the last 50 years in cancer therapies has been to basically take a hammer to an engine to fix a broken spark plug. We are really pushing our body and cells to a breaking point, and then we pull back. We are not really selectively killing cancer cells. We just hope that the cancer cells die first.

What targeted therapies are emerging in the area?

Bone and soft tissue sarcomas are not big-name cancer. Why do you think this is?

Nanotechnology offers us the ability to, hopefully, spare our bodies and organs, and deliver higher levels of chemotherapy to cancer cells. We have primarily been involved in this in preclinical testing—testing it in vivo and in vitro, and in animal models. We have not yet moved it off into the human testing yet, but that is our next goal.There are many targeted therapies that are being used, some that have more success than others. Votrient (pazopanib) was approved by the FDA for use in advanced sarcoma in adults, but not in children. There are a variety of immunotherapies that we are currently starting to look at in sarcomas, but none that have reached prime time.That’s correct. When you think about the bone and soft tissue sarcomas in adult cancers, it pales by comparison to cancer of the breast, lung, colon and prostate.

In children, however, it’s the third or fourth most common cancer and, of all of the cancers, is probably the deadliest.

The fact is, the last four decades of clinical research in advanced soft tissue sarcoma have improved the outcomes somewhat, but not as much as it has in other pediatric cancers. As a result, we are really concentrated on the sarcomas for the next breakthroughs, and targeted cancer therapies are where we believe that’s going to come from. 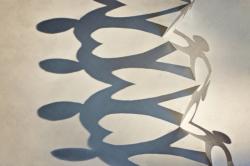