Funds raised by the V Foundation for Cancer Research’s Victory Ride to Cure Cancer benefit cancer research in North Carolina and beyond.

The V Foundation for Cancer Research’s Victory Ride to Cure Cancer, a one-day charity cycling event presented by Braswell Family Farms and benefiting the V Foundation, was held on May 18 at NC State University’s Centennial Campus. The event raised more than $230,000 through a dedicated group of riders to help achieve Victory Over Cancer®. The V Foundation is proud to host an event in the Triangle, with 100% of rider-raised funds supporting Duke Cancer Institute, UNC Lineberger Comprehensive Cancer Center and Wake Forest Baptist Health Comprehensive Cancer Center, as well as breakthrough cancer research nationwide.

“As a Victory Ride committee member, as well as a participant, the past two years have been a rewarding experience on two fronts,” said Jon Flaherty. “From the planning and execution side, it is great to see how much the event has grown from year one to year two. Most importantly, as a participant, the ability to use my passion to positively impact the lives of those who face cancer is an incredible feeling!”

The second annual event had over 600 registered riders and volunteers. Riders completed 10-, 30-, 60- or 100-mile routes. Prior to the ride, riders were served breakfast from Braswell Family Farms and heard from George Hincapie, 17-time Tour de France competitor and Grand Marshal of the Victory Ride. The post-event festival had beers from local breweries including Cotton House Craft Brewers, Bull City Ciderworks and Little City Brewing, as well as national brands New Belgium and Corona. In addition, there were local food trucks, including Gonza Tacos y Tequila, Napoli Pizza and The Cow and The Oak, and a bicycle obstacle course for kids from Bikin’ Dads.

“This is my second Victory Ride, and it was an amazing experience,” said Snee. “It was an honor to be out there with hundreds of other cyclists raising money for such an important cause. I can’t wait to do it again next year!”

The V Foundation would like to thank its partners for helping to put on the ride, including presenting partner Braswell Family Farms, CBS 17, iHeart Media Raleigh, Spectrum News, Core Compete, Docker, Stratacent and others.

“The Victory Ride was such a great event,” said Trey Braswell, President of Braswell Family Farms. “It’s so encouraging to see people show up to support the fight. So many of us at Braswell Family Farms have been impacted by cancer in some way. Braswell Family Farms is so grateful to partner with the V Foundation and have an opportunity to give back with our time, treasure and talent to push back on the darkness of cancer.”

The V Foundation for Cancer Research was founded in 1993 by ESPN and the late Jim Valvano, legendary North Carolina State University basketball coach and ESPN commentator. Since 1993, the Foundation has funded more than $225 million in cancer research grants nationwide. Event proceeds benefit cancer research funded by the V Foundation. The Foundation awards peer-reviewed grants through a competitive awards process strictly supervised by a Scientific Advisory Committee. For more information on the V Foundation or to make a donation, please visit v.org. 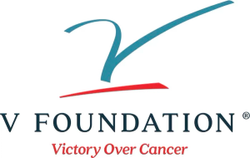