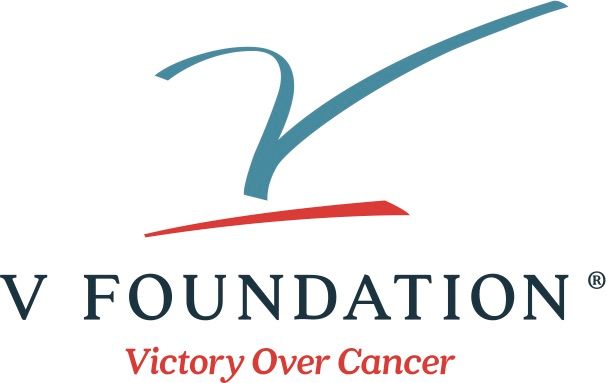 Cary, NC [April 27, 2021] -- The V Foundation for Cancer Research, a top-rated cancer research charity, has raised more than $1 million at the sixth annual Virginia Vine, exceeding all previous years’ Vine fundraising efforts. The event featured a cancer symposium, a conversation among sports legends, silent and live auctions, a Fund-A-Need dedicated to immunotherapy research, as well as entertainment from two award-winning Nashville singers and songwriters. The Cancer Research Institute (CRI) partnered with the V Foundation to match every $100,000 raised during the Fund-A-Need. CRI matched $300,000 to help achieve the $1 million.

“Our Virginia Vine event was an amazing display of generosity as well as unity against cancer,” said Shane Jacobson, chief executive officer of the V Foundation. “Scientists are making advances and they urgently need more support. Thank you to every attendee and sponsor – you put cancer research first, and your dedication means we will save more lives.”

The hybrid virtual/in-person auction gala was broadcast from Stone Tower Winery on April 24 and was hosted by Joe Theismann, former quarterback of the Washington Football Team, with ESPN College Basketball Analyst Jay Bilas as the featured speaker. Guests enjoyed wine and hors d’oeuvres sourced from Virginia, with virtual guests having dining elements shipped directly to their door. The evening’s fundraising efforts featured a lively auction, and the evening’s biggest ticket item, a Washington Football Team watch party with Joe Theismann, Jay Bilas, Ralph Sampson and Dereck Whittenburg, was auctioned for $15,000. The event concluded with an after-party featuring entertainment from Nashville stars Neil Thrasher and Paul Overstreet, who shared the stories behind their hit songs.

“What a night for cancer research,” said Joe Theismann. “We raised a record-breaking figure and had an incredible time doing it. I loved being part of an event where so many generous people were committed to ending cancer!”

To highlight the urgency and momentum behind immunotherapy research, the event featured a morning panel discussion, Voices for Victory, broadcast from Salamander Resort & Spa via YouTube. The hour-long event kicked off with a dynamic panel of cancer researchers from Mission Partners UVA Health and VCU Massey Cancer Center sharing their work in immunotherapy and discussing how V Foundation funding is driving them toward Victory Over Cancer®. The scientific panel was followed by ESPN on-air talent and V Foundation Board Member Jay Bilas, basketball great and V Foundation Board Member Dereck Whittenburg and basketball star Ralph Sampson, discussing everything from sports to how cancer has affected them personally.

Through the past five years of Virginia Vine fundraising, the V Foundation has awarded cancer research grants in both Virginia and nationwide. The V Foundation holds 10 consecutive 4-star (highest) ratings from Charity Navigator, America’s largest evaluator of charities, making the Foundation among the top 2% of all charities evaluated. The V Foundation is also a GuideStar Platinum-rated charity.

For more information about the V Foundation, Virginia Vine, or to donate, please visit v.org.

The V Foundation for Cancer Research to Launch

90-Year-Old Will Walk 3,600 Miles for Children With Cancer, KISS and Cinderella Keyboardist Dies From Cancer and More