In addition to showing clinically meaningful, durable responses, Tazverik (tazemetostat) was generally well-tolerated in heavily pretreated patients with relapsed or refractory follicular lymphoma, according to the results of an open-label, single-arm, multicenter phase 2 study.

In addition to showing clinically meaningful, durable responses, the drug Tazverik (tazemetostat), an oral inhibitor of the cancer-driving protein EZH2, was generally well-tolerated in heavily pretreated patients with follicular lymphoma that had relapsed or become resistant to previous treatment, according to the results of an open-label, single-arm, multicenter phase 2 study.

EZH2 mutations are found in approximately 20% of patients with follicular lymphoma, a blood cancer that is the most common slow-growing non-Hodgkin lymphoma. And despite there being a number of treatments available for this disease, patients may experience relapses, highlighting the need for additional novel therapy options.

To meet this need, researchers investigated, in a separate phase 1 trial, the safety and efficacy of Tazverik, a first-in-class oral inhibitor of EZH2, in patients with relapsed or refractory (resistant) non-Hodgkin lymphoma. They found that it demonstrated good responses and a favorable safety profile.

Taking place at 38 locations in France, the United Kingdom, Australia, Canada, Poland, Italy, Ukraine, Germany and the U.S., the phase 2 study enrolled 99 patients with follicular lymphoma between July 2015 and May 2019 and sorted them into two groups based on their EZH2 status: mutant (EZH2mut, 45 patients) or wild-type, meaning unmutated (EZH2WT, 54).

To be eligible for the study, patients had to be 18 years of age or older and have follicular lymphoma that had relapsed or was refractory to two or more standard previous therapies. They also had to have sufficient tissue for central testing of their EZH2 mutation status.

During the study, patients in both groups received 800 mg of Tazverik orally, twice per day, in continuous 28-day cycles. Upon data cutoff in August 2019, the median follow-up was 22 months for the EZH2mut group and 35.9 months for the EZH2WT group.

At follow-up, the study’s primary measure, objective response rate (ORR, meaning all partial and complete responses), was found to be 69% in the EZH2mut group (31 patients) and 35% in the EZH2WT group (19 patients), with a median duration of response of 10.9 months and 13.0 months, respectively. Median progression-free survival, meaning the time from the start of treatment until disease worsened, was 13.8 months and 11.1 months in those groups.

Nine patients (9%) experienced side effects that led to dose reductions, and eight patients (8%) discontinued treatment as a result. While eight deaths were reported in the EZH2mut cohort and 21 in the EZH2WT cohort during the study, no treatment-related deaths were recorded.

While the study did not initially set out to compare the outcomes of patients based on their EZH2 mutational status, the researchers noted that individuals with EZH2mut disease had a higher ORR with Tazverik monotherapy compared with those who had EZH2WT disease. But despite this higher ORR, the authors did highlight that durable responses were seen in both disease types.

Based on these results, Tazverik was granted an accelerated FDA approval in June 2020 for the treatment of adults with relapsed or refractory follicular lymphoma whose tumors are positive for an EZH2 mutation and who have received treatment with at least two systemic therapies, as well as for patients with the disease who have no other treatment options. 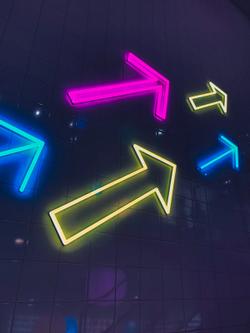