The Season of Grief, Gratitude and Compassion 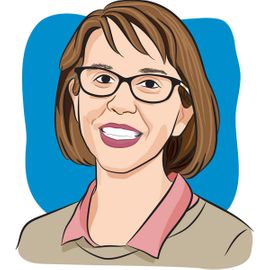 Stacie Chevrier is a recovering type-A, corporate climber who made a big life change after being diagnosed with cancer in September 2014. She now spends her days focusing on writing, fitness and healthy living. Outside of these passions, Stacie can be found practicing yoga, enjoying anything outdoors, traveling and defying the odds as a pancreatic neuroendocrine tumor survivor.

Of course, there was sadness, but more than anything there was appreciation for my own life and the people close to me. I feel gratitude for still being here, having an excellent quality of life and for the warning cancer gives.

The last few years fall has been a season of challenge for me. In 2014, I was recovering from a distal pancreatectomy and splenectomy after my pancreatic neuroendocrine tumor diagnosis. In 2015, I was recovering from a liver resection, months of chemotherapy and a serious case of PTSD. In 2016, I had a surprise surgery due to a bowel obstruction, a complication from my previous abdominal surgeries. And this year, I am undergoing an experimental treatment, but overall, I’m doing well and grateful to not be watching leaves change through a hospital window.

I admit, I tiptoed into autumn holding my breath with optimism I would exit without a traumatic event. While there are still a few days of the season left, I, personally have been spared, but others have not been so lucky, creating a new kind of trauma.

Between September and today, there were four people in my circle who died from cancer. They were all young and all women, making their deaths too close to home. One was a young mother I met in a luncheon in New York City who had a very similar case to mine. We exchanged emails regularly and I got scared when the messages stopped coming only to find my fears realized when I logged onto Facebook after a hiatus to see she had passed away. Another was Beth Caldwell, who died from neuroendocrine breast cancer. I only knew her from social media, where she was revered for changing the advocacy game. And most recently, a friend of friend, who died from pancreatic cancer.

Another one of these new angels was a fellow CURE contributor, Jen Sotham. I also never met her, but enjoyed reading her blog and being Twitter friends. I always thought she sounded pretty cool and someone I’d be friends with in real life even if we both didn’t have cancer. When I read her last blog, Don’t Think Twice, It’s Alright, I could not help but smile and be sad at the same time because she did it - she won. She didn’t die while still living and she didn’t let the disease break her to the point of bitterness. In fact, Jen got to say goodbye in a pretty cool way.

Unfortunately, cancer wasn’t the only grim reaper to make an appearance this fall. There was a tragic death of a friend of a friend whose family was already grieving a huge loss. Also, my husband came home one day with terrible news of a colleague that passed away from a massive heart attack, leaving a wife and two daughters. He simply left in the morning to go hunting and didn’t come back. I think of both these families and am heartbroken to think they are left replaying last, perhaps mundane, meaningless conversations and without “I love yous” or important words said. It definitely makes me ask, where is the justice?

With each death, I lit a candle and sat for a quiet few minutes processing my feelings. Of course, there was sadness, but more than anything there was appreciation for my own life and the people close to me. I feel gratitude for still being here, having an excellent quality of life and for the warning cancer gives.

These losses also have me treading into the holiday season with renewed compassion as I encounter angry traffic, tired crowds and over booked schedules. Knowing the chances are high that the person in front of me experienced loss and hardship this year. I find myself pausing, slowing down and truly appreciating, like never before, the intangible gifts of life, family, friends and my fellow-man. My only wish this year is the same realizations for everyone (hopefully without experiencing death and cancer). And may we all take a moment to light a candle for those empty spaces in our life and the lives of others.

For some inspiration, watch the Jen Sotham’s TEDx talk, which she gave days before passing away.