Three Ways to Move Forward After a Cancer Diagnosis

Emotional care - just like life-saving treatment - is critical to survival.

Last month, I wrote a post called, “Surviving the After-Effects of Cancer.” It was in response to a recent story that appeared in Newsweek about the impact that cancer has on intimacy and relationships, especially when treatment has altered a person’s body, such as the loss of a breast. My story went a bit further and looked at how there didn’t have to be physical scars from cancer to experience difficulties with intimacy. A cancer diagnosis in itself is enough to cause the anxiety, depression and grief that can leave relationships in shambles and destroy sexual identities.

The letters I have received from the CML community and beyond in response to this story have been overwhelming. Although each person lives in a different place and has a different cancer experience, the stories are remarkably the same. I read about the treacherous roads travelled to get cancer under control, and how even though these journeys were painful and scary and uncertain, people had made it through. People also wrote about how they expected relief and joy to wash over them as they came out the other side, but what they found instead was little more than devastation: pieces of their pre-cancer life that didn’t seem to fit anymore, relationships needing to be relearned and rebuilt, and suffocating feelings of worry and isolation. Many recognized the irony of surviving a deadly disease only to be depressed, anxious and sad. Others had questions about how to cope and overcome.

These questions reminded me of the support gap we talk a lot about in the world of CML. The health care system generally does a good job of diagnosing and treating, but when it comes to emotional support — help with the rebuilding and reinventing that often comes after a cancer diagnosis – we are mostly left to our own devices. And judging from the amount of distress out there, we could really use a hand.

As one writer put it: “I don’t know how to help myself. Who do I ask? Where do I go? And besides, haven’t I been through enough?”

My first instinct is to dream up grandiose processes that see psychosocial support made available to all cancer patients at, during and after diagnosis. And not just available, but easy. It would be more than just an off-the-cuff comment about how “there are counsellors available down the hall if you want to make an appointment.” It would be more like someone introducing themselves to you in the waiting room after you check in for your appointment: “Hi, I’m Nancy, and I’m here if you want to chat about how things are going.”

There would be discussions about how your life may or may not change, so that you can prepare and make a plan. While your clinician helped you with the physical effects of your treatment, a therapist would lead you through the emotional impact of your disease. You would know early on about the resources and tools that were available so you could start building a safety net to catch the pieces of your pre-cancer life, learn how to insulate your relationships from the damage of this unforgiving disease, and nourish your spirit so you could manage the “after.”

Well, before you get too excited, you should know that while some centers in Canada have begun to build such “circles of care,” we still have a long way to go.

The good news is that as patients and caregivers, we don’t have to sit back and wait for the system to catch up with the need.

There is an amazing resource nearby that is full of expertise, wisdom and empathy: your community. I was reminded of this incredibly valuable resource as I read letters that were all about triumph and resilience. The community is filled with courageous people describing in touching detail how they overcame debilitating anxiety and depression, or learned how to manage life-changing side effects. Others talked about what it took for them to live joyously, even though their treatments were not as effective as they had hoped. And although each story was different, there were some common threads that may hold value for you or a loved one if you are stuck and looking for a way to move forward.

Only take what you can carry. When people wrote about getting through their cancer diagnosis, the predominant theme was the idea that letting go equaled getting better. A man from British Columbia described how, after being diagnosed with CML, he struggled hard with health anxiety and fatigue. When his mom was hospitalized, he realized that visiting her caused him distress, and robbed him of any energy he had. “I realized that I needed peace to get myself together,” he wrote, adding that, although he felt guilty, he enlisted the help of family friends, cut down how often he visited, and spent his “off” days sailing on his boat.

Others talked about moving to new cities, quitting jobs, leaving unhappy marriages and ending negative relationships. For a young woman from Texas, letting go meant cutting ties with close friends who, although supportive, suddenly developed their own fears of cancer. “I realized that I didn’t have it in me to comfort them about these imagined health crises,” she wrote. “My recovery time needed to be all about me. I earned it.”

For some, the changes were less drastic, but critical just the same. A woman from Alberta, Canada, wrote about how before her cancer diagnosis, she would spend hours every day cleaning her house, making sure everything was in its place. “After my doctor told me that I was in remission, I felt like I had spent the last year of my life fighting so hard to live, that nothing else mattered that much,” she wrote. “I realized it was OK to have a messy house and to be disorganized once in a while. It has been so liberating.”

Find your “grounders.” In every letter that shared advice about how to “live” after a cancer diagnosis, there was mention of the important role that supporters play. These “supporters” generally provided three critical things: expert and empathetic guidance (mostly health care providers), unwavering, unquestioning support (the people you could call at 2 a.m. when you were freaking out) and a safe place for craziness. A man from Newfoundland wrote about how much he valued his brother’s ability to listen to him worry about unlikely worst-case scenarios, without judging or being critical. “I once thought a bruised knuckle was an aggressive bone cancer,” he wrote. “Sounds funny now, but at the time, I felt so scared and stressed. It really helped to have my brother to talk it through with me. Even now, he helps keep me grounded when I get a bit nuts.”

Tap into the power of your people. There is nothing more reassuring and validating than to surround yourself with people who have shared your experiences. If you need proof, come join us at one of our patient and caregiver meetings, and witness the tremendous healing power that comes with a simple conversation or hug from someone who hears your worries and says, “I get it.”

A woman from Ontario wrote about how she and her fiancé stopped being intimate after breast reconstruction surgery because of breast cancer. It took a meeting with other couples who were also struggling with intimacy after cancer to help them realize that they weren’t alone, and that there was hope. “If we hadn’t gone to that meeting,” she wrote, “I doubt we would have gotten married and had our two beautiful kids.”

There were other words of wisdom, like making sure you have a little bit of “me” time every day, eating healthy food so you can support your body as it adjusts to the new normal (but also eat the cake once in a while too!), get lots of sleep and take a moment to notice the little things, like the feeling of a cool breeze on your face.

Whether you’re currently living with cancer or it’s in your past, there’s no question that keeping your emotional, mental and sometimes physical beings together requires a whole new set of tools. And when I hear about the emotional pain and struggle that so many are grappling with, I am left shaking my head, completely sad, angry, frustrated and baffled that that is what awaits those whose lives have been changed by cancer. Emotional care — just like life-saving treatment – is critical to survival.

But all is not lost. There is power in the many communities of patients and caregivers that exist around the world that have made it their mission to support others, and be supported by them. So, find your people. Add your voice. Keep talking and sharing your stories.

The time for healing is now. 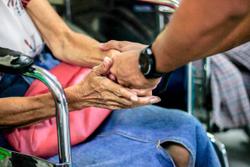 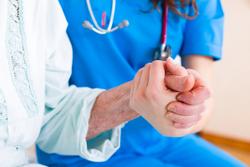 Embracing All the Good Things in Life Despite Cancer