Women at high risk for breast cancer may lower their risk of developing the disease by undergoing a preventive, or prophylactic, mastectomy.

A preventive, or prophylactic, mastectomy in women without a personal history of breast cancer is the surgical removal of both breasts after a surgeon and patient, in consultation with a genetic counselor, have determined that a woman’s risk factors put her at high risk for developing breast cancer.

But there is no procedure that can guarantee 100 percent protection since the disease can begin in a small amount of tissue remaining in the breast. In addition, breast tissue can be found on the chest wall, under the armpit, and below the collarbone.

According to breast surgeon Virgilio Sacchini, MD, at Memorial Sloan-Kettering Cancer Center in New York City, microcalcifications can be the first sign of some breast cancers or a pre-cancer. Sacchini explains that cells surrounding milk ducts in the breast can start to grow, or proliferate, into the duct. Because there is no blood supply in the duct, some may die, leaving calcium deposits that show up on a mammogram as specks of white.

"The proliferation can be completely benign or can be atypical, which means they are different with respect to the normal cells of the duct,” says Sacchini. “The difference, or atypia, can be light, moderate, or severe, so there could be a progression from light atypia to cancer.”

In most cases, this calcium in the breast requires a biopsy, Sacchini says, because not even the specificity of MRI can tell whether the tissue is benign or malignant.

Sacchini says the look of the reconstructed nipple and areola can discourage a high-risk woman from choosing prophylactic mastectomy because of the cosmetic outcome. To overcome this problem, the nipple-sparing mastectomy was developed to preserve the areola and nipple. The surgery requires a skilled surgeon who can remove all the breast tissue without destroying the blood supply.

Immediate breast reconstruction using a number of different options is available for women who choose prophylactic mastectomy, including:

> Placing an implant under the muscle covering the chest wall immediately at surgery.

> Placing a tissue expander sack under the muscle on the chest wall at surgery, and filling it with saline through a port over time until the desired size is reached, at which point a permanent implant replaces the sack.

> Transplanting tissue from other locations on the body to the chest.

For high-risk women who don’t choose prophylactic mastectomy, other detection or prevention strategies are available, including increased screening or chemoprevention with agents such as tamoxifen or Evista (raloxifene), which have been approved to decrease the risk of invasive breast cancer for some women.

A woman is considered to be at high risk for breast cancer if she has:

> a mother, sister, or daughter who has been diagnosed with breast cancer, particularly under the age of 50, or one who has multiple family members who have had breast or ovarian cancer.

> tested positive for the BRCA1 or BRCA2 gene mutation.

> undergone radiation therapy to the chest before age 30 (includes those who received radiation for a diagnosis of Hodgkin’s disease). 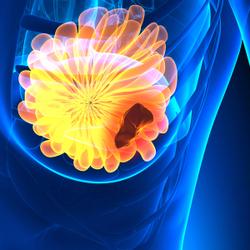 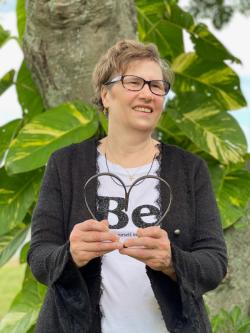 Was My Cancer Diagnosis Really a Fluke Like My Oncologist Said?