The findings of the NCCTG N0574 study should settle a longstanding debate about whether or not patients with one to three small brain metastases should undergo WBRT following stereotactic radiosurgery (SRS),1 according to researchers at a press briefing at the 2015 annual meeting of the American Society of Clinical Oncology (ASCO), a gathering of nearly 30,000 oncology professionals in Chicago in June.

“This is the classic question: Which is worse — the disease or the treatment?” says senior study author Jan C. Buckner, a professor of oncology at Mayo Clinic in Rochester, Minnesota.

Although WBRT decreases brain tumor progression, the accompanying decline in cognitive function outweighs the benefits for many patients, according to Buckner, who said the study supports a recommendation of initial treatment with SRS alone and close monitoring to preserve cognitive function in patients with newly diagnosed brain metastases treatable with SRS.

Jyoti D. Patel, an ASCO expert who served as moderator for the briefing, said the findings would have an increasing impact upon patients with cancer. “By limiting what we do upfront, we can decrease toxicity,” said Patel, of Northwestern University Feinberg School of Medicine in Chicago. “These findings become more and more relevant as we make progress in the systemic treatment of many cancers.

“What we do upfront is so impactful to patients’ quality of life — their ability to live full and contributing lives for years,” she said. “This method is a new paradigm.”

Researchers have estimated that 20 to 40 percent of newly diagnosed patients with cancer in the United States develop brain metastases annually, which represented more than 650,000 people last year alone.2 Tumor types commonly associated with brain metastases include melanoma and cancers of the lung, breast and colon. Brain metastases also can develop in patients with bladder, kidney and gynecologic malignancies.

At least 200,000 of these patients annually are likely to receive WBRT during the course of their treatment, researchers have found.2

In the phase 3 N0574 study, 213 patients with one to three brain metastases up to 3 cm in width were randomized to receive SRS alone or SRS followed by WBRT. The median age of the participants was 60 years, and lung cancer was the most common primary tumor type (68 percent).

The primary endpoint of the trial was to determine the impact upon cognitive progression with SRS alone or with SRS combined with WBRT. Patients in the SRS arm received 20 Gy to 24 Gy of radiation depending upon the size of their lesions, while participants in the combination arm received 18 Gy to 22 Gy through SRS based on lesion size followed by 30 Gy/12 from WBRT. Cognitive function was determined through MRI testing, quality of life assessment, and neuropsychological evaluation.

At three months, cognitive decline in the combination arm was 91.7 percent compared with 63.5 percent in the SRS-alone arm. Patients who received WBRT experienced markedly more deterioration than those who received SRS alone in immediate recall (30 vs 8 percent), delayed recall (51 vs 20 percent), and verbal fluency (19 vs 2 percent).

However, the ability to control tumors did not translate into a statistically significant advantage in overall survival (OS). The median OS was 10.7 months for SRS alone versus 7.5 months in the WBRT combination arm.

According to Paul D. Brown, MD, professor of radiation oncology at The University of Texas MD Anderson Cancer Center and a co-chair of the study, the findings indicated that the harmful impact on cognitive function outweighs the benefits of WBRT.

“Over time, there’s been a general shift in moving away from using whole brain radiation in favor of stereotactic radiosurgery,” Brown said in a statement. “With these results and appropriate concerns for cognitive decline, it will likely be pushed even further, reserving WBRT for later in a patient’s disease course.”

Indeed, Brian M. Alexander, an ASCO expert from the Dana-Farber Cancer Institute, said the study has turned the tables on conventional thinking about WBRT. “The burden of proof has probably now switched to say, can we prove that whole brain radiation therapy is beneficial in a subset of patients?”

Alexander said brain metastases management strategy is a complex area that he discusses thoroughly with patients. “Whole brain radiation does what we want it to do therapeutically. It reduces the risk of brain metastases coming back,” says Alexander. “Why that doesn’t translate into overall survival is a question.”

He said there are several possibilities for this development, including that salvage therapies are effective and that progressive disease outside the brain might be the factor that is driving mortality.

Buckner said he expects the administration of WBRT will be reserved for salvage treatment and end-stage palliative care.

Meanwhile, research into the impact of WBRT is continuing. Brown and colleagues plan to analyze cost effectiveness data associated with the two strategies. Additionally, Brown is leading a study of the application of WBRT versus SRS to the surgical cavity following resection of a brain metastasis.3

The N0574 study was conducted through the Alliance for Clinical Trials in Oncology (North Central Cancer Treatment Group), as is the continuing head-to-head trial comparing the two radiotherapy approaches. 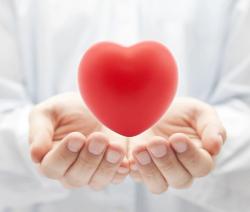