From Testicular Cancer Awareness Month to a superhero-themed fundraiser, here’s what’s making headlines in the cancer space this week.
BY Alexandra Guadagno
PUBLISHED April 19, 2019
Alex Trebek, who last month announced his stage 4 pancreatic cancer diagnosis, offered optimism about his condition and an update that he will continue to host “Jeopardy!” for season 36. After completing filming of season 35 of “Jeopardy!”, Trebek announced in a YouTube video that, although he will be focusing on his health for the next few months, he expects to be in the studio in July to record season 36, which will air beginning in September. The game show host has hosted 50 episodes of “Jeopardy!” since receiving his pancreatic cancer diagnosis.

“Nad and Tad” are two animated testicles hoping to “start a ballsy conversation” during Testicular Cancer Awareness Month in April together with the Testicular Cancer Foundation. Testicular cancer rates are on the rise, according to the Testicular Cancer Foundation. Nad and Tad are on a mission to educate men everywhere on how to recognize the signs and symptoms of testicular cancer, such as a lump or area of hardness, a feeling of heaviness or aching in the lower belly (abdomen) or scrotum, pain in one testicle and/or sudden buildup of fluid in the scrotum. “Men – especially ages 15 to 34, the ages most likely to be affected – are not talking about testicular cancer enough, and we’re hoping to change that,” according to a foundation press release. 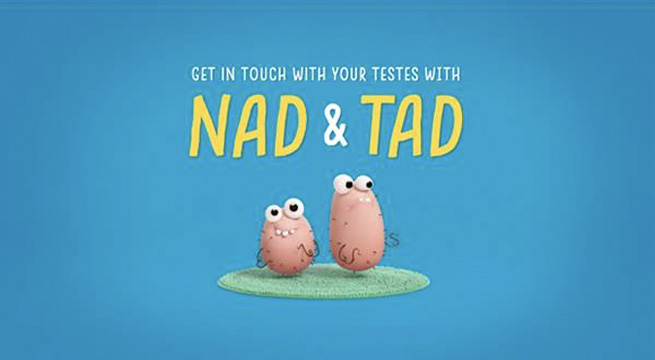 Photo on behalf of the Testicular Cancer Foundation, "Nad & Tad"

A new Public Service Announcement (PSA) from Stand Up To Cancer (SU2C), featuring Marvel studios’ heroes and cancer survivors is scheduled to launch this month. Mastercard and Marvel Studios announced in a press release that they are teaming up to “take down one of the biggest villains of all, cancer” and raise awareness for SU2C to help all patients become long-term survivors. The PSA features Marvel’s “Avengers: Endgame” superheroes alongside real-life heroes: cancer survivors. The PSA will be shown across print, television, radio, digital and out-of-home networks, aligning with the move’s premiere on April 26, according to the release. “At Stand Up To Cancer, collaboration is the cornerstone of our mission,” Rusty Robertson, Stand Up To Cancer co-founder said in the release. “We are so grateful to Mastercard and Marvel Studios’ Avengers: Endgame for standing with us, and to all the survivors who bravely share their personal journeys. This incredible collaboration illustrates how we can all be Super Heroes.” 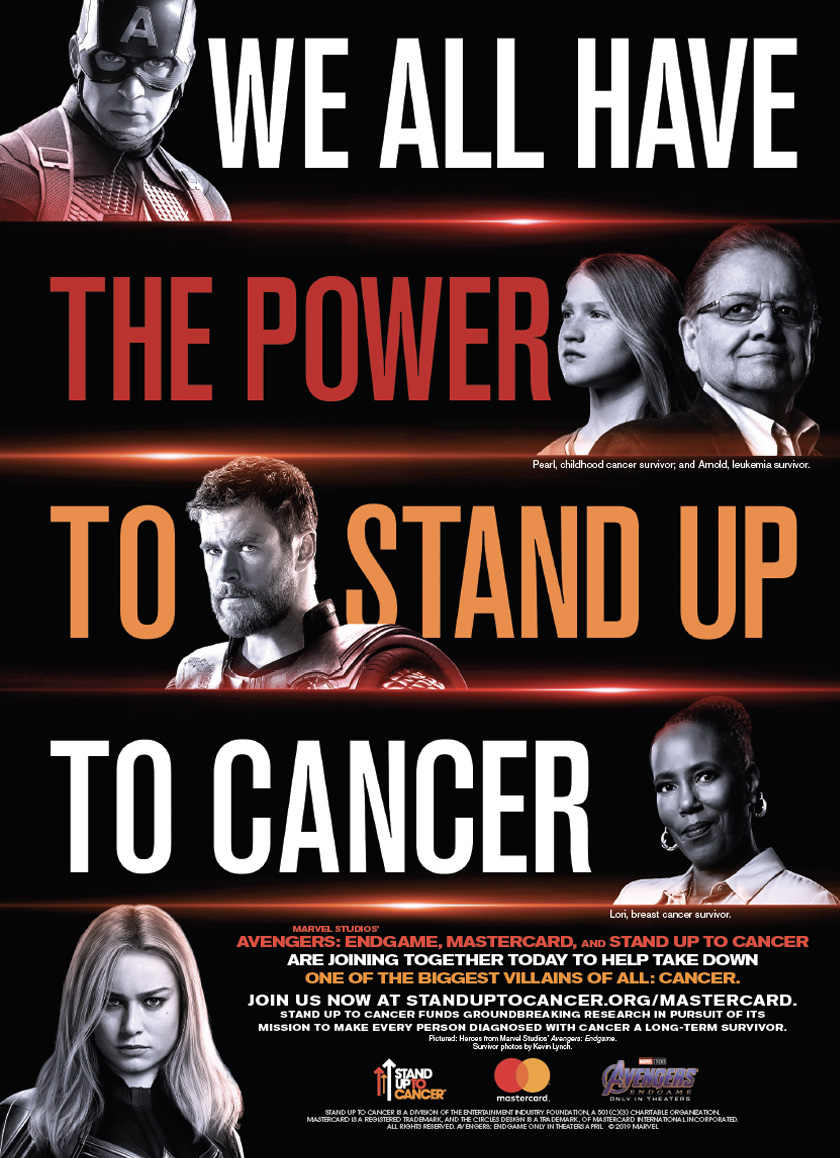 Photo: Stand Up To Cancer

The human papillomavirus (HPV) vaccine is in large part responsible for driving down rates of precancerous cervical lesions in young women in the United States, a new government report showed. The number of these precancerous lesions detected during screening went down from an estimated 216,000 cases in 2008 to 196,000 cases in 2016, researchers from the U.S. Centers for Disease Control and Prevention found. According to U.S News & World Report, this decrease occurred only in women under the age of 30 – the age group for which the HPV vaccine has been available. The rate of cervical pre-cancers found in women under 30 has gone from 55% in 2008 down to 36% as of 2016. Meanwhile, the rate of precancerous lesions detected increased for women between the ages of 30 and 64.

“Dance Moms” star Abby Lee Miller opened up in an Instagram post, about everything she's been through with Burkitt Lymphoma. One year ago, Miller had emergency surgery for what she thought was a spinal infection but turned out to be cancer. She has been through two surgeries and 10 rounds of chemo, with one more to go, she wrote. "This mass/tumor choking my spinal cord turned out to be Burkitt Lymphoma." Burkitt Lymphoma is an aggressive form of non-Hodgkin's lymphoma, a type of cancer that affects white blood cells, according to the American Cancer Society. 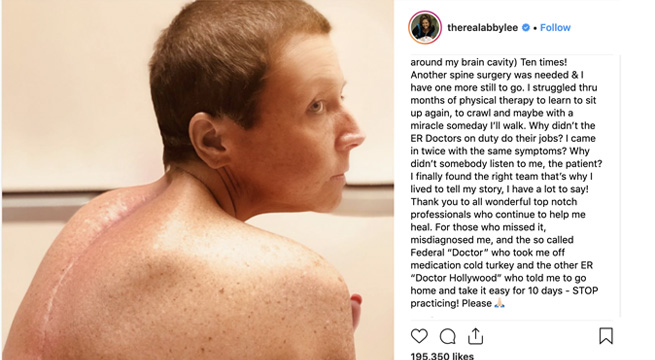 Photo courtesy of @therealabbylee
Be the first to discuss this article on CURE's forum. >>
Talk about this article with other patients, caregivers, and advocates in the General Discussions CURE discussion group.