For Shvon Lowe, an invitation from a friend to attend the Sisters Network 5K turned into being something much bigger in her life.
BY Anita T. Shaffer
PUBLISHED March 09, 2016 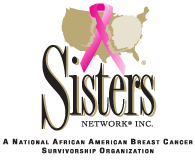 Shvon Lowe was going along with a friend’s invitation in December 2014 when she decided to sign up for the annual springtime 5K walk/run in Houston sponsored by Sisters Network, the only national breast cancer survivorship group focused on the African-American community. She wasn’t a jogger and she didn’t have a particular patient in mind.

Little did she realize that before she ever got to the race, she herself would enter the sisterhood of women with breast cancer.

At age 34, Lowe was diagnosed with stage 2A triple-negative breast cancer after undergoing an ultrasound to check out a suspicious lump. She soon found out that 18 members of her family — her paternal grandmother, aunts and cousins — had had breast cancer. Then came the discovery that she had the BRCA1 gene that put her at a high risk of breast and ovarian cancer.

Even though she had started chemotherapy, Lowe still decided to participate in the 2015 run. And you can bet that she’ll be there this year on April 16 for the 7th Annual National Breast Cancer Stop the Silence 5K Walk/Run. At least 10,000 people are expected to participate in what is the largest such fundraiser for African-American women with breast cancer.

Through a cancer journey that has included a double mastectomy, Lowe has not only benefited from Sisters Network programs, but she has also become an ardent volunteer for the organization and an ambassador for other women facing breast cancer.

“It was my intention to show people that recovery doesn’t have to look one way,” said Lowe, who works as a revenue analyst for The University of Texas Health Science Center at Houston and is raising a 9-year-old daughter. “I wanted to give back. I wanted to do all these activities to have a level of confidence and comfort to say that I’ve gotten through this stage, I see there is a new phase of life. I can still be helpful, and there is no darkness anywhere. I can give people opportunities for hope.”

Those sentiments are exactly what Karen Eubanks Jackson had in mind when she founded Sisters Network in 1994 during an era when breast cancer was not always openly discussed in African-American communities.

She had been diagnosed with early-stage breast cancer a year earlier at the age of 50 after she nagged her doctor to further investigate a “fleshy lump” that she could sense — a lump that didn’t show up on a mammogram. An ultrasound confirmed her suspicions.

Jackson said she felt “overwhelmed” and went looking for a sense of community as she embarked on her cancer journey. “I wanted to join an organization like a Sisters Network. I thought I could call a toll-free number and find it.”

As it turned out, Jackson had to create it. Today, 22 years later, that organization is a national one that has served more than 3.7 million women.

Sisters Network offers a variety of programs and materials designed to raise awareness about the importance of early breast cancer detection and familial history—and then help women overcome barriers to access to services.

The message is particularly pressing for African-American communities. Studies indicate that racial disparities in cancer care and survival rates persist. The American Cancer Society recently reported that breast cancer death rates were 42 percent higher among black women from 2008 through 2012 than they were among white women, and that the five-year relative survival rate was 80 percent among black women from 2005-2011 compared with 91 percent among white women.1 Black women were more likely to be diagnosed at a later stage, which has been attributed to lower frequency of mammograms and longer intervals or timely follow-up.1

Jackson, who still serves as CEO of Sisters Network, said there are many reasons that women in African-American communities may not receive timely care. “There’s no one shoe that fits the entire community,” she said. “We have a number of issues and challenges as far as early detection is concerned.”

Sisters Network programs include the Gift for Life Block Walk, which are locally organized events in which volunteers canvass a neighborhood to provide information and direct residents to a mobile mammogram services; Teens 4 Pink, which aims to educate girls ages 12-16 about breast cancer so they can help older women in their families; and Brothers for Sisters, a recently launched initiative to help men understand the needs of the women in their lives who may face a breast cancer diagnosis. There also are patient navigation services to help connect women with medical services.

Additionally, Sisters Network provides a Breast Cancer Assistance Program to help women handle the financial challenges that accompany a diagnosis. Funding may be used to help with health insurance problem such as a lack of coverage or high deductibles as well as with lodging related to treatment or with prosthetics.

Sisters Network’s central message, said Jackson, is to let women know that “their health is their responsibility first and their health should be number one on their to-do list.”

“There’s so much going on in everyone’s life,” she notes. “With health, we just have to know that it’s better to know what’s going on and fix it rather than ignore it and let it get worse.”

For Lowe, one of the most striking contributions of Sisters Network is the camaraderie and spirit of sisterhood that the organization fosters. “I find that they have a big heart,” she said.
For more information about the upcoming 7th Annual National Breast Cancer Stop the Silence 5K Walk/Run and other Sisters Network initiatives, visit www.sistersnetwork.org.