Going Through Cancer With an Angel By Your Side 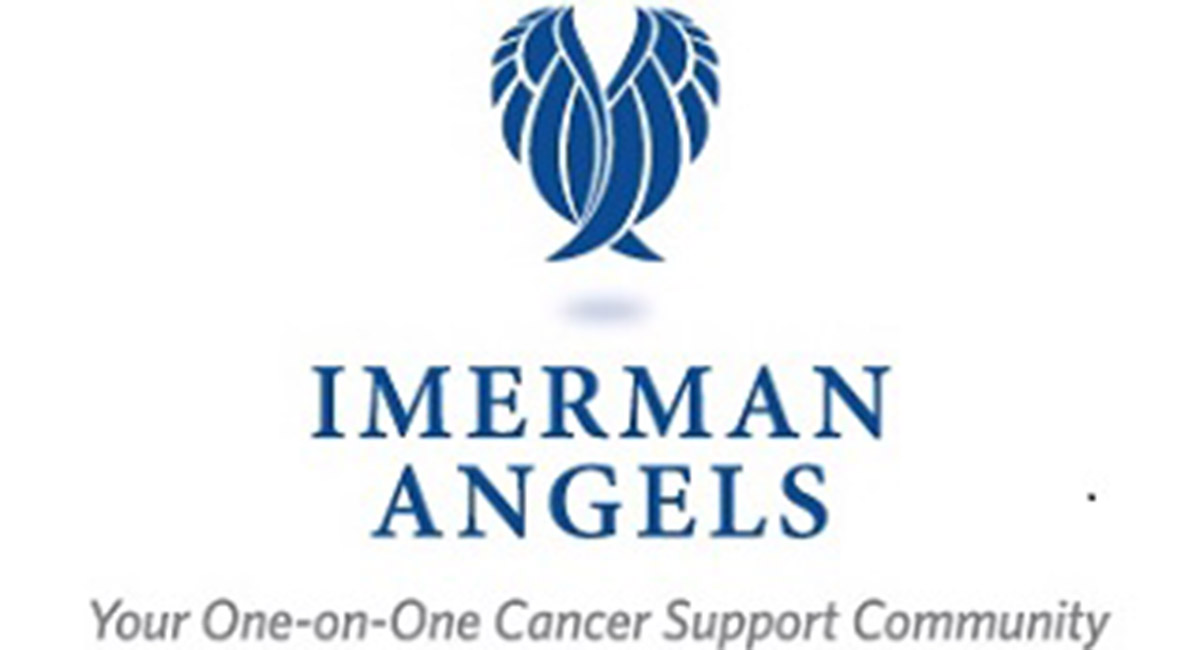 Although there is no scientific proof, there is a large amount of anecdotal evidence that shows emotional support for cancer patients can greatly improve their outcomes. This belief is what fueled the creation of Imerman Angels.

Imerman Angels was formed by Jonny Imerman 10 years ago after he received a cancer diagnosis at 26 years old and again at 28. During his battle, he had immense support from his family and friends. This experience caused Imerman to come to the conclusion that all patients should not have to navigate this journey alone.

With a background in advertising, Imerman started going from hospital to hospital and doctor to doctor, while also raising money through small events. By 2006, Imerman Angels was formally launched, with a primary focus on individual support within the cancer community.

Ben Bornstein, the newly appointed CEO and executive director of Imerman Angels, is a three-time cancer survivor who previously sat on the board of directors for the organization.

“It’s for cancer fighters,” Bornstein said. “It’s also for caregivers, like a child or parent of a cancer fighter, a sibling or even a friend, if you’re the primary caregiver.”

Mentor Angels, who are cancer survivors, are at the center of the organization as they lend support to those currently battling cancer.

“The whole point is that they’re providing information that the cancer fighter needs to have that’s outside the scope of their medical doctors and maybe their family and friends,” Bornstein said. “Someone who’s literally been in the same shoes as the person fighting the cancer, has made it through the other side, and has experienced some of the same side effects either medically or socially. They also act as the guiding hand and emotional support through the journey back to health.”

To match patients with Mentor Angels, the group looks at demographic information such as gender, age and type of cancer.

How a Mentor Angel interacts with a cancer fighter is dependent on the geographical location. If the match is not local, then communication is held over the phone, or via Facetime and Skype. As the relationship develops, they can communicate as much or as little as needed.

“Now if it’s a local match, which we strive for, if we can get the cancer type and all that matched up, then they can go with cancer fighters to treatments. They can go grab lunch, they can go for a walk in the park and just shoot the breeze – it just kind of depends on the relationship,” Bornstein said. “The beauty is we’re making the match as specifically as possible and then we’re letting the matched entities run with it.”

Although one-on-one matches are the most common, some Mentor Angels can have more than one. Currently there are 7,000 Mentor Angels and over 13,000 matches and a total of about 26,000 people who are involved.

Imerman Angels is headquartered in Chicago, but has a staff presence in Los Angeles and is looking to develop a full-time presence in New York.

“We’re the biggest in the world [at] what we do,” Bornstein said. “We’ve got a presence and matches in 50 states and 60 countries.”

The group consists of volunteers, a medical board of directors, and professional boards made up mostly of professions that help with fundraising and events.

Professional boards have also been set up in Los Angeles and New York, including race teams that participate in fundraising oriented marathons across the country.

“We’ve got a lot of people involved that aren’t on our payroll, which makes it great for how much we can accomplish with a relatively small team,” Bornstein said. “That is what the vision was 10 years ago, making sure folks didn’t have to face cancer alone and where it’s gotten to today.”

Thanks to the power of computing and databases, the group is able to make contact within 24 hours. Imerman Angels is a completely free service funded by private and corporate donations. Many cancer fighters who beat the disease end up becoming a Mentor Angel themselves.

“Many of them do, but it’s not a requirement,” Bornstein said. “A lot of them do because if they stayed with it and found it useful, most people coming through a cancer experience want to give back to somebody else in the next generation of people going through it.”

For patients who are newly diagnosed, Bornstein believes one of the first things they should do is listen to their physician and get the right care.

“I think it’s a combination of listening to their doctors on the medical side and getting an appropriate medical protocol in place,” Bornstein said. “Seek out support secondarily, through groups like us that provide direct help on that front, and then build up a nice network of family and friends that they trust and want to have involved to help see them through. I think with those three sides of the triangle, you’ve got a winning team.”

It’s also important for patients to take an active role in their diagnosis, and to continue the fight.

“It affects outcomes,” Bornstein said. “I mean, hospitals are busy, doctors are human. If you’re not critically evaluating what’s being said and what your options are, you’re selling yourself a little bit short on your treatment protocol.”

“We believe in being one’s own advocate,” Bornstein continued. “Secondarily, we do preach a lot of wellness and checking your body and things like that, because as we all know catching cancers early is a recipe for success, and catching them late makes it much more difficult to treat.”
Be the first to discuss this article on CURE's forum. >>
Talk about this article with other patients, caregivers, and advocates in the General Discussions CURE discussion group.