"HKASA is known as a one-stop online shop with a research-driven backbone for patients, caretakers, and the community affected by ovarian cancer."
BY Gina Columbus
PUBLISHED March 08, 2016 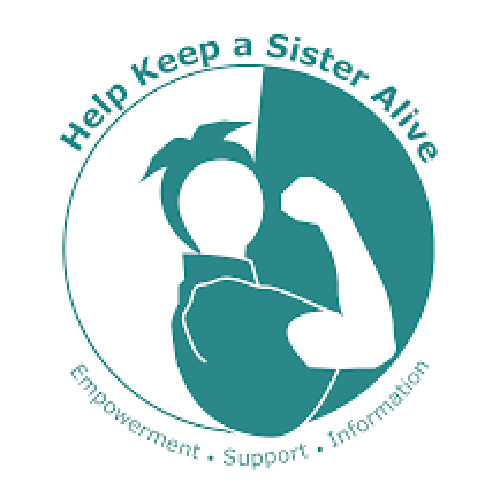 It began as a blog for Maggie Heim, a mother diagnosed with ovarian cancer in 2009. But today, Help Keep a Sister Alive (HKASA) has expanded — and strengthened — to be an anchor for patients, caregivers and families in need of a rock-solid resource center.

“When you’re going through something difficult, it’s hard to think about preventing it for other people,” Katie Hoffman, HKASA chief operating officer, says of Heim. “She really snapped out of any thought of self. Creating the website was her way of trying to showcase options for people, because she doesn’t want others to suffer.”

Hoffman is the daughter of Heim, who founded HKASA six years ago following her diagnosis with metastatic ovarian cancer. Recently Heim, who was also diagnosed with breast cancer in 2013, received news of having brain metastasis.

“The thing about my mom is that her least favorite day was probably finding out about this cancer, and she’s been one of the bravest people I have ever met as it has continued to come back and morph,” Hoffman reflects. “But, rather than going along with what the doctor says, she has the kind of mind where she wanted to understand it. She wants to display her findings in a way that allows other people to utilize them. She’s just one of the most giving people I’ve ever known, and has really given her heart and soul to building this website.”

HKASA is known as a one-stop online shop with a research-driven backbone for patients, caretakers, and the community affected by ovarian cancer. Such tools include a clinical trial database, Medicare and financial resources, preventative care, holistic approaches during chemotherapy and environmental factors, to name a few.

“She’s a tough cookie, and she is kind of the backbone of the scientific data of the website,” Hoffman says of her mother. “Our goal is to connect people with the resources that they need in a way that gets the point across easily, but also gives them the data.”

Aside from educating, empowering and connecting users with various resources, HKASA is in the midst of expanding its advocacy component.

Currently, HKASA is working on a partnership program to provide support for advocacy groups that take the conversation of ovarian cancer outside the traditional spectrum, Hoffman explains.

“When people think about cancer, they often think about research, technology and new treatments,” Hoffman says. “There is a generation of us — myself included — that are ‘millenials’ and that are being affected by a lot of these cancers. How do we look at the environment, at food, chemicals, and all sorts of other things and really make that information more tangible for people who are caretakers and community members, and make the website accessible to those folks, as well? We found that that’s been a really big challenge in the cancer community.”

The program stemmed from people using unreliable resources about preventative care and treatment options for their disease.

“It either scares people or [it’s something] they have heard forever—‘everything causes cancer,’” Hoffman says. “Or, it makes people feel like it’s their fault, if they ate a certain way, etc. How do we dispel that myth that it would be an individual’s fault for being exposed to certain chemicals? What kind of products out there can you eat or use that might be less harmful to your body and to the environment? We’re really looking at pursuing that.”

Over the next couple of years, HKASA, along with an advisory board, will be looking to seed fund innovative projects from groups aimed at cancer prevention and/or providing patients a better quality of life.

“We are really looking at how to bring entrepreneurship into cancer in a way that’s maybe less traditional than what we’re used to,” Hoffman says. “Not just informing people about clinical trials, but what is best to eat, and how you can get access to that in an efficient way. That doesn’t mean you have to drop $100 at Whole Foods in order to get organic products.”

The online resource hub that is HKASA will remain just that, with an overflowing stock of data-driven but patient-friendly articles, blogs, financial advice and more.

“My mom often gets messages about how having all of the resources in one place has been critically important,” Hoffman says. “It’s almost like a good friend.”
Be the first to discuss this article on CURE's forum. >>
Talk about this article with other patients, caregivers, and advocates in the Ovarian Cancer CURE discussion group.