Rintega (rindopepimut) has gained a Breakthrough Therapy Designation from the FDA to treat adult patients with glioblastoma multiforme (GBM) that test positive for the EGFR variant (EGFRvIII).

The application was based on data from the phase 2 ReACT study in recurrent GBM, the phase 2 ACT III study in newly diagnosed GBM, and additional phase 2 studies. ACTIVATE, ACT II and ACT III—have been completed in newly diagnosed EGFRvIII-positive GBM and have shown efficacy in both overall survival (OS) and median progression-free survival (PFS), according to a press release from Celldex Therapeutics, Inc, the company developing the drug.

A constitutively activated EGFRvIII is expressed in up to 30 percent of glioblastomas and is associated with poor outcomes. Rintega (also known as CDX-110) is a vaccine designed to elicit an immune response against the highly immunogenic EGFRvIII epitope expressed on glioblastoma cells.

EGFRvIII as an Exploitable Tumor Marker

Because the EGFRvIII variant is specifically expressed on tumor cells and not present in normal tissues, it has been recognized as an ideal candidate for tumor-directed immunotherapy in the brain.Rintega is a peptide vaccine; vaccination with Rintega inhibits the growth of EGFRvIII-expressing tumors in experimental mouse models.The ACT III study was implemented based on favorable phase 2 findings in patients with EGFRvIII-positive glioblastoma.

Efficacy in a Difficult-to-Treat Tumor

In ACT III, following an initial priming stage, Rintega was administered monthly in combination with the current standard of treatment, Temodar, until intolerance or disease progression in patients with newly diagnosed glioblastoma that was EGFRvIII-positive by immunohistochemistry. The results showed a median PFS of 9.2 months and a median OS of 21.8 months from study entry. The results compared favorably with a historical control cohort of patients, matched for ACT III entry criteria, in whom the median OS from study randomization was 16 months for patients with EGFRvIII-positive tumors.

Notably, the efficacy results of ACT III have demonstrated that the brain, once thought to be an immunologically privileged space, can be effectively targeted using immunotherapy.

“The bottom line is that patients survive longer,” said David A. Reardon, a coauthor of the study, and clinical director of the center for neuro-oncology at the Dana-Farber Cancer Institute in Boston, Mass.

“I was taught 25 years ago in medical school that the immune system doesn’t react in the brain effectively, but there’s been a lot of research done over the last 15 years to show that there is a very dynamic interaction of the immune system in the brain, and systemically, in the rest of the body… this is the first vaccine that has actually shown a survival benefit for patients,” Reardon says.

Reardon noted the six-month improvement with the vaccine (21.8 months) compared with the historical controls (16 months) in ACT III, which he sees as highly significant.

“Six months may not sound like a big improvement, but for people who are familiar with this type of cancer, people who’ve been doing research and trying to come up with a better treatment, six months is a huge improvement. The standard of care, temozolomide, was FDA approved based on a 2.4-month improvement in survival when it was tested in a randomized study,” Reardon stated.

He also pointed to preliminary findings in the ReACT study, which provided the some of the data that led to the breakthrough designation, which Reardon presented at the November 2014 Neuro-Oncology Meeting; this randomized, placebo-controlled trial looked at the same vaccine, but in patients who had recurrent tumors (ie; those who had already been exposed to standard treatment). He emphasized that, even in this setting, when the recurrent tumors are typically more challenging to treat, “The patients who got the vaccine had a statistically significant improvement in survival compared to those who did not.”

Commenting on the overall implications of ACT III and the ReACT data, Reardon says, “We now have good-quality, statistically sound data to show that immunotherapy, specifically with this vaccine, is able to have an impact on this very challenging disease. I see this drug and this study as a proof of concept, and I think it hopefully will allow us to develop more therapies, and study this type of approach for brain cancer patients.”

In terms of tolerability, Reardon cited a lack of significant side effects associated with Rintega, which is given as a subcutaneous injection, with the exception of a small area of redness and swelling that usually occurs at the injection site and typically goes away after a couple of days.

“It doesn’t cause any problems with the blood, it doesn't affect liver or kidneys, it has no other systemic downside, and it’s extremely well tolerated by patients,” Reardon says of the vaccine.In ACT III, 85 percent of patients showed a four-fold or greater increase in anti-EGFRvIII antibody, with most patients developing high titers by 4 months. Notably, at recurrence, 67 percent of patients who had received Rintega for more than three months had no detectable expression of EGFRvIII. According to Reardon, he was struck by the overall immune response generated by Rintega, as seen both in the ACT III and ReACT studies.

“The patients mounted a significant immune response against the target that could be measured by a simple blood test. The vaccine, the way it’s prepared, the way it’s administered, clearly elicits a very potent immune response by the body. Our hope is that this translates into therapeutic benefit and improved outcomes for patients—sometimes it does, sometimes it doesn’t—but at least in this case it seems to be that it’s translating into improved survival,” Reardon says.Commenting on the observed clearance of EGFRvIII tumor cells seen in ACT III, Reardon noted, “When we’ve gotten tumor at the time of recurrence, in nearly all cases, with a rare exception, we can no longer find any of the EGFRvIII. That tells us that either there is a clone within the tumor that never had it in the first place—and that clone is able to come back and repopulate the tumor—or the tumor is able to down regulate, and essentially lose expression of vIII, to avoid and evade the immune response that is specific against that marker.”

He said that he believes this kind of ‘immune escape’ mechanism also provides further proof of concept that the vaccine is able to work, “since it essentially eliminates the target that is was designed to eliminate.”

Beyond that, “What it also tells us is that the next generation of vaccines really needs to take this important step and build on it—we need to develop vaccines that are going to target 10 or 20 tumor-specific markers, not just one, to try and stay a step ahead of the tumor’s ability to adapt and evade the effective immune response,” Reardon explained.This breakthrough designation based on ReACT, ACT III and other phase 2 data has paved the way for a larger, randomized, placebo-controlled study, ACT IV, which will also be conducted in patients with newly diagnosed EGFRvIII-positive glioblastoma.

“If the ACT IV study confirms a similar benefit to what we’ve seen in this small pilot study, that will be a very dramatic result. I see it as kind of a first step; this is proof of principle that immunotherapy can have a role to improve outcomes for patients, and we need to build on this. We need to figure out how to make better vaccines, how to combine this with other treatments, and improve survival further,” Reardon says. 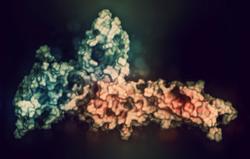 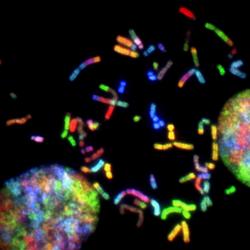