Progress in Sarcoma Treatment, But Still a Long Journey Ahead

OVER THE PAST SEVERAL decades, the cancer community has celebrated great advances made in the fight against the disease. Some cancers, such as breast cancer, have received a tremendous amount of attention in the public arena and much interest from researchers. As a result, many promising new treatment options exist today for breast cancer, even for some of the most difficult subtypes of the disease.

A CHALLENGE FOR ONCOLOGISTS

Unfortunately, not all cancers have had the same widespread level of public interest and attention from researchers that breast cancer has enjoyed. For instance, not much changed in the treatment of sarcomas for more than 30 years. At the forefront are two drugs that did not work very well, Ifex (ifosfamide) and Adriamycin (doxorubicin), and they were given to all patients without distinguishing tumor type. Despite dismal survival outcomes, these drugs were the cornerstone for treatment of advanced softtissue sarcoma.

Sarcoma is a difficult disease to diagnose and treat, partly because sarcomas account for just one percent of all new cancers diagnosed annually in the United States. This represents roughly 10,000 to 15,000 patients each year, making it a rare cancer.

FINALLY, SOME MUCH NEEDED PROGRESS

Rare cancers are more likely to be diagnosed at later stages, when they can be more difficult to treat than if found early, according to the American Cancer Society. Additionally, rare cancers usually have fewer treatment options because it is difficult to find enough patients to enroll in the clinical trials that are necessary to advance understanding of these diseases. Sarcomas also include from 50 to 70 histologies, each with a unique molecular biology. The rarity of a disease, large number of diverse histologies and lack of effective treatment options have made this group of cancers very challenging to manage.

Within the past five to six years, several new sarcoma drugs have been approved by the Food and Drug Administration (FDA), providing some headway against the disease. The first among these was Votrient (pazopanib), which was approved in 2012 for second-line treatment of advanced soft tissue sarcoma. When the drug became available, oncologists were very excited to have something new to offer patients rather than the same two drugs with exceedingly poor survival rates that had been around for decades.

In late 2015, Yondelis (trabectedin) was approved by the FDA for the treatment of two subtypes of soft tissue sarcoma, liposarcoma and leiomyosarcoma. It can be used for patients whose cancers are advanced or cannot be removed by surgery and who have been treated with anthracycline-based chemotherapy. Yondelis, a chemotherapy drug, created a lot of optimism, since it is a very novel compound that was well tolerated and provided some patients with a benefit.

By far, the most promising new drug to emerge for sarcoma over the last several decades is Lartruvo (olaratumab), a targeted therapy approved by the FDA in 2016 for the initial treatment of metastatic sarcomas. The monoclonal antibody binds to a receptor for a protein called platelet-derived growth factor. By blocking this protein receptor, the medication may prevent cancer cells from growing. Lartruvo is the first new drug approved for first-line treatment of soft tissue sarcomas since Adriamycin was approved more than 40 years ago. Prior to Lartruvo, the newly approved sarcoma drugs were all for second-line use.

Oncologists are extremely excited about Lartruvo, since it provides a new frontline therapeutic option for patients who previously had few choices and it is very well tolerated. A randomized phase 2 study demonstrated a near doubling of survival (26.5 versus 14.7 months) in patients with advanced or metastatic disease who were randomized to receive Lartruvo plus Adriamycin or Adriamycin alone. This was the single greatest advance for sarcoma treatment in decades and created hope in both patients and oncologists.

Unfortunately, adjuvant therapy — additional treatment given after the primary treatment to lower the risk that the cancer will come back — for sarcoma is still poorly defined. Not much headway has been made, and that probably will not change in the near future. The data for adjuvant therapy is exceedingly poor, and we have no better data today than we did five years ago. Plus, no major studies are in progress, so for the near term, adjuvant therapy remains a locked box for oncologists.

After years of no significant advancements, great progress in sarcoma treatment has been made in the last few years — but survival rates remain dismal. Although these rates are spread depending on the subtype of the disease, on average, overall survival is around 12 to 18 months. There is still a lot of work to be done. Massive change for the better may be on the horizon for sarcoma treatment on several fronts. New developments are coming down the pike looking specifically at the molecular and biological characteristics of sarcoma tumors. Researchers are beginning to differentiate the tumors, rather than just calling all of them “sarcomas,” and physicians are trying to treat them according to the subtype, with drugs approved for a specific subtype. Researchers are making progress in identifying where these drugs may be effective and, more important, where they most likely will not work well.

There is a new focus on targeting mutations, using genetic sequencing and next-generation sequencing analysis to see if there are any target mutations that could enlarge the therapy pool for sarcomas. For instance, PD-L1 (a type of protein found on cells in the body) expression status and what role immunotherapy can play are being examined.

Although emerging data exist on all of the new immunotherapy drugs, they are still largely experimental. Some have produced limited responses, and researchers are trying to sort that out, much like what has been done with other cancers. Several large ongoing immunotherapy clinical trials for synovial cell sarcoma and other sarcoma subtypes, at various institutions, will hopefully provide valuable data to guide further development of therapies. Because of the rarity of sarcoma tumors, more and more data concerning sarcomas and the use of immunotherapies will likely be seen in the future.

In the past, it was difficult to be optimistic about sarcoma, since, compared with the breast cancer world, it has largely been lost in the wind. Finally, however, for the first time in decades, oncologists have new quality data, exciting clinical trials that could lead to new therapies and promising new drugs to offer patients. Let’s hope the momentum continues.

ALEX SPIRA, M.D., PH.D., FACP, is co-director of the Virginia Cancer Specialists Phase 1 Research Program and co-director of The US Oncology Network Thoracic Oncology Program. A graduate of Harvard University, Spira earned his medical degree from the New York University School of Medicine. He then went on to complete his internship and residency at the Hospital of the University of Pennsylvania, and he completed his medical oncology fellowship at Johns Hopkins Hospital. 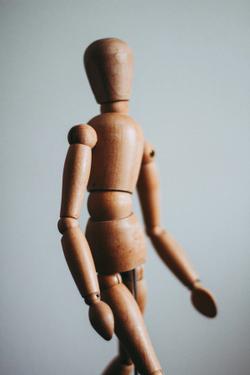