Additionally, the data demonstrated that mirvetuximab soravtansine appeared to pair well with Avastin, as the side effects were manageable and consistent with side effect profiles each agent has shown in previous studies.

“Patients with recurrent high-grade ovarian cancer have a huge unmet need, and this population is growing,” study lead author Dr. Lucy Gilbert, director of gynecologic oncology at McGill University Health Center, said in her presentation. “Once the cancer occurs, despite our best efforts, the goal of treatment is to prolong life with as minimum toxicity as possible, hence, the need for targeted therapies.”

Mirvetuximab soravtansine is an experimental antibody-drug conjugate that pairs a potent chemotherapy with a drug targeting a protein called folate receptor alpha. The drug combination attaches to cancer cells and then infuses them with chemotherapy. Avastin works by slowing the growth of blood vessels that tumors need to survive. 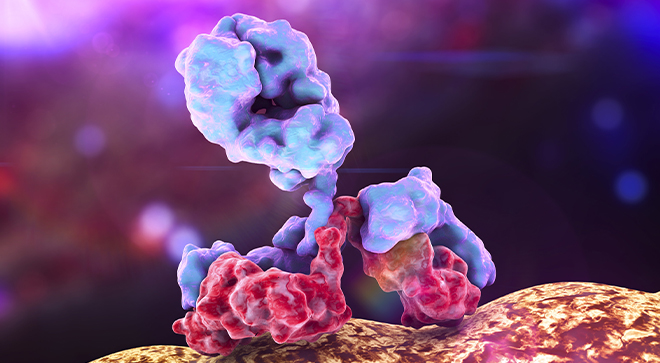 Sixty patients (median age, 60 years) who had received a median of two previous courses of therapy were included in the analysis. The primary cancer diagnoses for these patients included epithelial ovarian cancer (41), fallopian tube cancer (15) and primary peritoneal cancer (4).

Ninety-two percent of the patients within the analysis demonstrated a reduction in tumor burden, with a deeper and more durable tumor reduction found in patients with disease that expressed a high level of folate receptor alpha.

The entire group of patients who received the combination achieved a 47% overall response rate (ORR) — the percentage of patients whose cancer either shrank or disappeared after treatment. The ORR in a subset of patients whose tumors expressed a high level of folate receptor alpha was 64%. The platinum-resistant and platinum-sensitive subsets recorded ORRs of 59% and 69%, respectively.

With almost half of the patients who had a high level of folate receptor alpha still on therapy, and after a median follow-up of 8.5 months, data regarding duration of response and the time from treatment’s start until disease progression is immature.

“Thus, the combination of (mirvetuximab soravtansine) and (Avastin) may benefit an increasing population of patients with recurrent ovarian cancer for whom a non-platinum-based regimen would be appropriate,” Gilbert said.

The most common side effects of any severity related to treatment were diarrhea (68%), blurred vision (63%), fatigue (58%) and nausea (55%). Hypertension (12%) and a decrease in bone marrow activity (10%) were the most common grade 3 or grade 4 side effects, which are serious or severe. Thirteen patients discontinued treatment with Avastin and/or mirvetuximab soravtansine as a result of treatment-related side effects.

"With a confirmed 64% ORR, the combination of (mirvetuximab soravtansine) with (Avastin) has promising activity in high (folate receptor alpha) recurrent ovarian cancer, regardless of platinum status, and is encouraging with respect to available therapies reported in similar populations," Gilbert said.


A version of this story originally appeared on OncLive® as “Mirvetuximab Soravtansine Combination Shows Positive Response, Tolerability in Ovarian Cancer.”
Be the first to discuss this article on CURE's forum. >>
Talk about this article with other patients, caregivers, and advocates in the Ovarian Cancer CURE discussion group.