From today’s top entertainers and athletes to a ban on implants linked to cancer, here’s what is making headlines in the cancer space this week.
BY Alexandra Guadagno
PUBLISHED April 05, 2019
“Inside Edition” host Deborah Norville underwent surgery this week to remove a cancerous thyroid nodule that was spotted by a viewer years ago.

An initial check found the lump to be benign. But recently, her physician determined the nodule has become a very localized form of cancer that required surgery. “For years, it was nothing,” Norville said in a message to fans. “Until recently, it was something.” She will not need chemotherapy or radiation treatment.

Norville said of the lifesaving observation made by the viewer, “When you work on television, viewers comment on everything — your hair, your makeup, the dress you’re wearing. And, a long time ago, an ‘Inside Edition’ viewer reached out to say she’d seen something on my neck. It was a lump.” 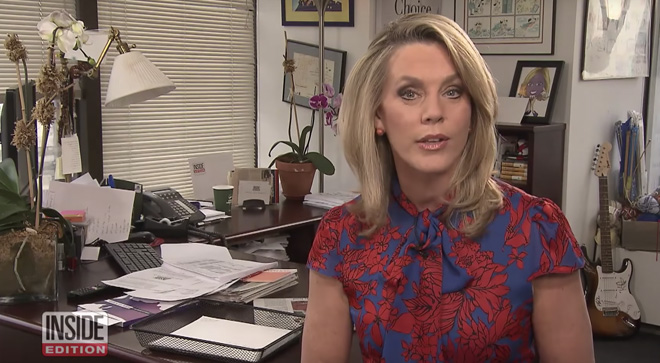 A North Carolina man with stage 4 liver cancer will take a dream vacation after winning the lottery. Retired mechanic Richard Beare of Charlotte, North Carolina, stopped for a Powerball ticket at his wife’s request. He also picked up four Carolina Black scratch-off tickets. The fourth one proving to be his lucky charm — he won $250,000. After taxes, Beare walked away with $176,876, according to the North Carolina Education Lottery website.

“I want to travel while I can still enjoy myself,” said Beare, who recently received the cancer diagnosis. “My wife has always wanted to go to Italy, since that’s where her descendants are from. Now I can take her.” 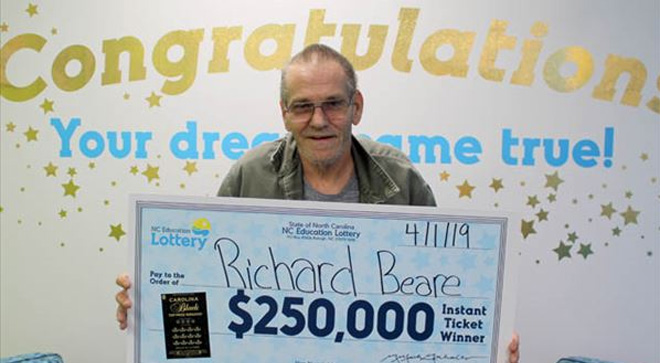 This was not the first time Letang and Rosenbaum met. They became fast friends after Rosenbaum requested to meet Letang following his T-cell leukemia diagnosis. Letang also attended a fundraiser held for Rosenbaum last November.

“For kids to go through this, it's just harsh,” Letang told the Tribune-Democrat. “Any way I could help, I felt I would do it.” 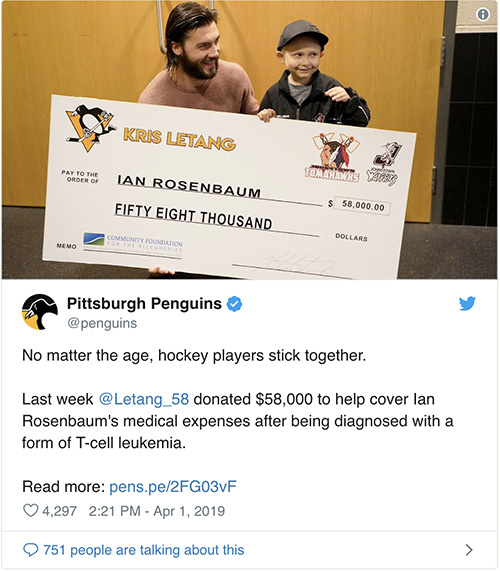 An historic decision made by France to ban a popular breast implant type because of its link to a rare form of cancer. Le Monde newspaper and French public radio reported on Wednesday that textured implants and polyurethane breast implants have been associated with anaplastic large-cell lymphoma (BIA-ALCL), a “rare but serious danger.” Citing a letter from health authorities to implant manufacturers, Le Monde said France's National Agency for Medicines and Health Products had informed manufacturers on April 2 of its plans to ban “the manufacture, distribution, importing, exporting, promotion and wearing of textured breast implants and polyurethane breast implants.” The ban would affect approximately 85% of implant surgeries in the country. Over 400,000 individuals in France have the textured implants linked to BIA-ALCL.

Actress Jane Fonda, 81, opened up about her battles with recurring bouts of cancer. While the actress has previously kept quiet about her private life and health struggles, she opened up in an upcoming issue of British Vogue.

“I've had a lot of cancer,” she told the magazine. “I was a sun-worshipper. When I have a day off, I frequently go to my skin doctor and have things cut off me by a surgeon.”

Fonda also recalled how, at the 2016 Golden Globes during her nomination for Best Supporting Actress, she had just undergone a mastectomy. That didn’t prevent her from attending: “I get out of the car and I have the strange white dress with all the ruffles? That's because I'd just had a mastectomy and I had to cover my bandages,” she shared.

However, Fonda remained tight-lipped when asked to discuss her current diagnosis. “It's an ongoing process. So there's that,” Fonda said.
Be the first to discuss this article on CURE's forum. >>
Talk about this article with other patients, caregivers, and advocates in the General Discussions CURE discussion group.