To reduce the risk of cancer recurring, exercise may be just what the doctor orders.
BY Laura Beil
PUBLISHED November 24, 2014
At 23, Lauren Parks was a newly minted college graduate a few months into her first job as a commercial underwriter at a San Diego bank. Lounging poolside at her apartment complex one day, she felt an itch in her right breast. When she reached to scratch it, she felt an unexpected lump.

Doctors assured her the odds of a malignancy were slim. She was too young for that. Then six months passed, and the tumor swelled to the size of an apricot, leaving no doubt an aggressive breast cancer was gathering strength. After chemotherapy, radiation and a double mastectomy, she had one singular determination: “I’m going to do everything I can to prevent this from happening again.”

But how? Parks’ oncologist advised staying active and keeping her weight under control. Treatment had left plump, unwanted curves on her naturally skinny frame. So the once uncommitted exerciser skipped the treadmill and Zumba and jumped straight into CrossFit, the fitness craze best known for its popularity among law enforcement officers, former professional athletes and suspected masochists. 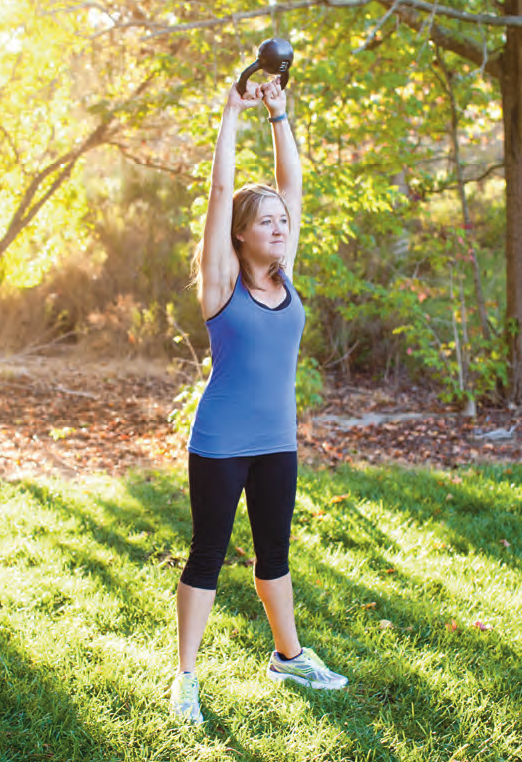 Lauren Parks started her exercise regimen with the goal of preventing a recurrence of breast cancer. Photo by Megan Plenge.

“It was so out of my comfort zone. I would have created every excuse not to go if I hadn’t gone through this,” she says. Her first time out, she found herself doing squats and throwing medicine balls. “I think I literally crawled into work the next day,” she says.

From the first burpee, she hoped to build up enough muscle for one pull-up. Today, at age 29, she can do six, a number that beats most Marine recruits. She conquered her first half-marathon this summer.

Survival of the Fittest


It’s hard to say for certain whether exercise helped keep Parks cancer-free for six years. But there’s little doubt that physical activity is at the forefront of cancer prevention strategies. “A lot of patients will say, ‘What can I do to lower my odds of recurrence and increase survival?’ It’s really the question on the mind of most patients, and most oncologists as well,” says Kerry Courneya, director of the Behavioural Medicine Laboratory and Fitness Center at the University of Alberta in Edmonton. “Patients are looking for things they can do themselves. Exercise is a way to take back control over their lives.”

“He said, ‘You’re never going to get your breathing back.’ I proved him wrong.” — Ilene Barth

Most studies of exercise and cancer have focused on primary prevention—trying to determine whether physical activity plays a role in keeping cancer from occurring in the first place. Those data have tended to be encouraging. In general, according to Courneya, the most avid exercisers appear to have a risk of breast and colon cancer that is about 20 to 30 percent lower than that of their sedentary peers. (Protection probably exists for other types of cancer, he says, but colon and breast cancer have been studied more than other types.)

Fewer studies have specifically examined recurrence, but those, too, generally provide reason for encouragement. For example, a study published in 2005 in the Journal of the American Medical Association found that breast cancer survivors who walked three to five hours per week were about 50 percent less likely to die from breast cancer over the next four to 18 years, and the benefit tended to increase the more hours they walked. More recent research, published last year in the International Journal of Cancer, found that among more than 3,000 women studied, those who were more active before their diagnosis were less likely to see a return of breast cancer, assuming their tumor was not driven by estrogen or progestin. Another study, this one a 2006 look at survivors of stage 3 colon cancer published in the Journal of Clinical Oncology, found that people who engaged in more than three hours of exercise per week were about half as likely to see a return of their disease as survivors who were inactive.

[The Motivation to Move]

Studies have also measured survival generally—how exercise affects the odds of dying, rather than specifically looking at cancer recurrence. A review published this year in the journal Annals of Oncology concluded that survivors of breast cancer who engaged in at least 150 minutes per week of moderately intense exercise had a 24 percent reduction in mortality compared with their sedentary peers. For survivors of colorectal cancer who exercise at that level, mortality reduction was 28 percent.

Sounds great, but before buying a treadmill or springing for $100 running shoes, know that doctors can’t yet say with certainty that exercise will dramatically reduce the odds of cancer coming back. For one thing, studies have been observational, meaning that the health of survivors who exercise is compared with the health of those who don’t. While a scientifically valid way to answer a question, this kind of research produces only statistical correlations— as physical activity goes up, cancer goes down.

A good sign, but as scientists often say, correlation is not causation. Those who remain cancer-free could be making other lifestyle choices that might be improving their health and affecting recurrence. For example, those who exercise may also tend to follow a healthier diet and be more compliant with their treatment. Also, the problem with looking at survival alone is that being active conveys benefits that go beyond fighting malignancy. Exercise is well known for protecting against heart disease and diabetes, so cancer survivors might live longer because they are less likely to die from other common problems that rise in likelihood with age.

What’s lacking is a randomized trial, in which one group of cancer survivors is assigned to do regular exercise while another is simply provided standard follow-up care. Courneya is heading up one of the few such studies. For that research, 1,000 people with colon cancer are being randomly assigned to exercise for three years while doctors note which participants see a return of cancer. The research is costing more than $6.5 million, and is being paid for by the Canadian Cancer Society and the Australian government. Unlike observational studies, the Canadian trial will be able to show cause and effect and will also estimate how effective exercise is—by what degree it actually lowers recurrence and cancer death risks. But it will not provide data for perhaps a decade.

Still, cancer survivors don’t need to wait around in the La-Z-Boy for the results to come in. Exercise as cancer prevention makes biological sense, experts say. To begin with, physical activity helps control obesity, which a long line of evidence suggests increases the risk of cancer. In prostate cancer, for example, obesity is thought to raise the risk of aggressive malignancy. The reasons aren’t known, but fat tissue might be an accomplice to tumors by producing certain hormones that stimulate cell growth. Inflammation is another prime suspect that is reduced by exercise and elevated in obesity. Adipose tissue provokes the body’s white blood cells into a low level of activation. This quiet simmering of the immune system might damage DNA, perhaps ultimately triggering the growth of tumors.

There’s one hitch to pointing a finger at fatness, though. Exercise alone doesn’t necessarily lead to weight loss, says Jeffrey Meyerhardt, a gastrointestinal cancer specialist at the Dana- Farber Cancer Institute in Boston. “Most people who exercise will make up their calories.” To lose weight, people have to also eat less, which doesn’t always happen.

So physical activity might bring about other changes in the body that somehow nip the earliest buds of a tumor. The leading theory concerns how exercise affects insulin. The hormone is produced after you eat to get calories out of the bloodstream and into tissues. People develop type 2 diabetes—the most common kind—when the body becomes resistant to the effects of insulin, allowing glucose to build up in the blood. Often the body keeps pumping out higher and higher amounts of insulin in a desperate attempt to lower blood sugar, which only makes things worse.

During exercise, the body needs calories for fuel. Insulin sensitivity increases, and levels of the hormone drop. Along with insulin, exercise lowers the body’s level of a chemical called IGF (insulin-like growth factor). Exactly how insulin and IGF fuel the growth of tumors is still being worked out, but the connection is strong enough that scientists are experimenting with using diabetes medications for cancer treatment.

There are still other theories to explain the connection between exercise and cancer. Meyerhardt points out that vitamin D, which the body produces naturally with sunlight exposure, is thought to be a cancer suppressor. A lot of people get their exercise by running, cycling and engaging in other outdoor sports.

And finally, exercise could reduce recurrence by enhancing the effectiveness of cancer treatment, an idea that Courneya puts in the category of speculative, but possible. People who stay active after cancer may well have been exercising before diagnosis. “Patients who exercise during their chemotherapy may complete more of their treatment,” he says. “The other thing is that there could be some sort of synergistic effect— exercise may act as a chemosensitizer.”

Until more answers are known, experts like Karen Mustian of the University of Rochester Medical Center in Rochester, N.Y., prefer talking about the more immediate benefits that exercise can bring to cancer survivors. “When you say the word ‘survival’ or ‘recurrence,’ those are really important words,” she says. “I’m hesitant to make any strong statements.”

Exercise can nonetheless make life better in the short term, she says, like combating fatigue and weight gain that can be side effects of treatment. In a study Mustian and her colleagues published last year in the Journal of Clinical Oncology, two 75-minute yoga sessions per week improved the quality of sleep in cancer survivors. In other studies, she’s found that patients who exercise during treatment experience less memory loss and fewer problems breathing. “These are things that they feel during their treatment,” Mustian says. “I really talk about something specific.”

It was the immediate improvement—not the specter of recurrence—that inspired Ilene Barth’s dedication to exercise after her diagnosis of lung cancer at age 53. She had been a smoker, but had given up the habit a decade earlier. She chose to have a baseline imaging scan to see if her lungs had suffered any lasting damage. The results revealed a tumor the size of a nickel. As part of the treatment, doctors removed a portion of her lung, which left her straining even to blow up a balloon for her daughter’s birthday party. “I had very good lung capacity, and then suddenly I didn’t have any,” she says. “It was scary.” 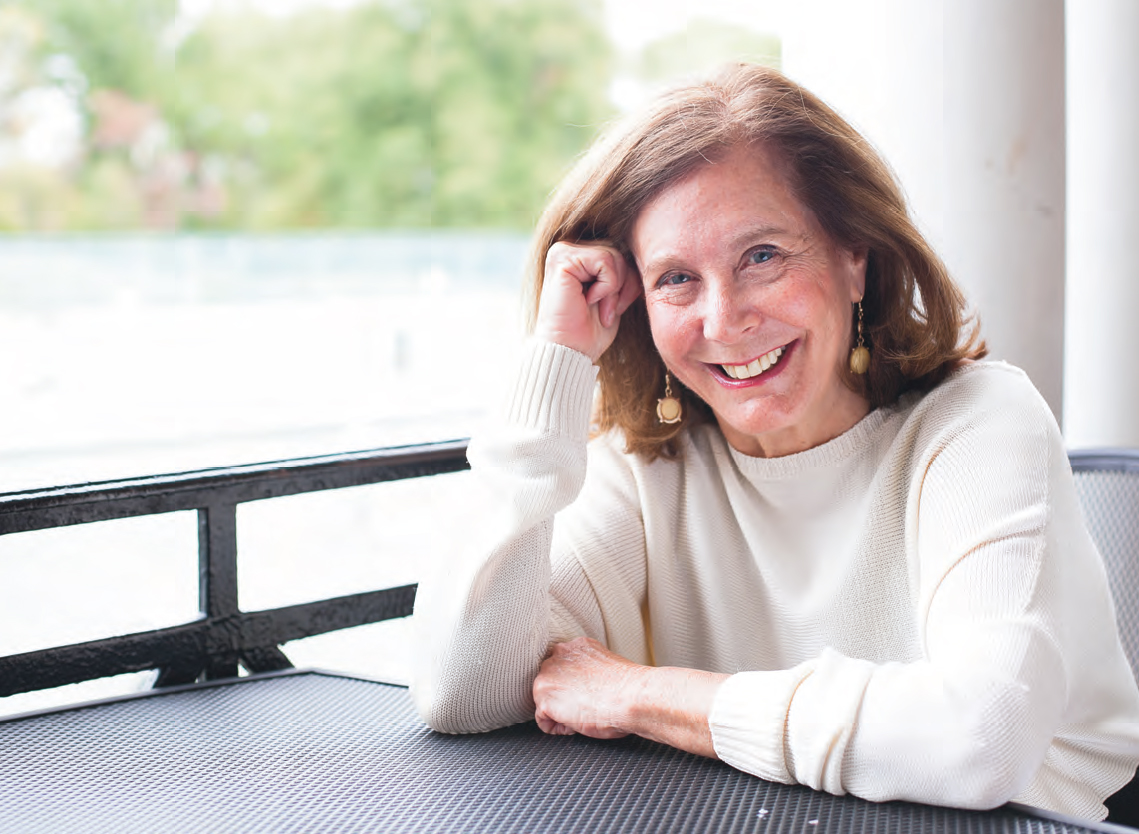 A New York book publisher who enjoys a summer home in the mountains of Telluride, Colo., she didn’t want to give up cool, peaceful summers at 10,000 feet. “If I wanted to go home, I had to be able to breathe better,” she says. Even her doctor was not optimistic. “He said, ‘You’re never going to get your breathing back.’ ” She didn’t accept his skepticism, starting with high-altitude walks to neighbors’ houses or the local farmer’s market. She now plays tennis regularly and skis every winter. Simply put, she says, “I proved him wrong.” In fact, her pulmonary capacity is higher than it was before her surgery.

Her cancer has stayed away for 11 years. Whether physical activity has had anything to do with it, Barth’s motivation to keep moving is more immediate: Exercise is what allows her to live like she never had cancer in the first place.

Be the first to discuss this article on CURE's forum. >>
Talk about this article with other patients, caregivers, and advocates in the Diet and Exercise CURE discussion group.