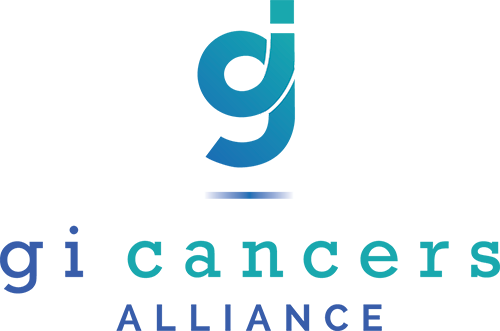 Biomarker testing helps guide cancer treatment decisions, but there’s no hiding that the field is complex and often difficult for patients to understand, according to an expert.

According to Dr. Christopher Lieu, co-director of gastrointestinal medical oncology at University of Colorado Cancer Center in Aurora, general discussions around biomarkers, genetics and proteins can overwhelm patients.

One of the main ways patients can ease their concerns and ensure they’re not as overwhelmed, according to Lieu, is to ask their provider a set of questions.

He suggested that patients with gastrointestinal cancers ask if their tumor has been tested for biomarkers, and if it has not, patients should ask if it will be why it hasn’t been done.

Sometimes, Lieu explained, the testing may be considered unnecessary.

“The answer might honestly be as simple as, ‘You have stage 1 cancer. I could order the testing, but it’d be a gigantic waste of money because it won’t influence our decision,’” he said.

Lieu explained that it’s reasonable to ask how the results will affect their treatment. But if the provider says there are no actionable — or targetable — options, Lieu said patients should not become discouraged.

The benefit, he said, is that the testing has been done and that patients have the information gleaned from it. Lieu said several clinical trials and treatments may be on the horizon that could help those patients.

Or the results of the testing may inform providers enough to explain to patients that even though they may be on a certain treatment, there are other options if the drug stops working.

“That’s exciting,” he said. “That’s what we want to offer more (to) our patients.”

The panel discussed the possibility of needing repeat needle biopsies of tumors to detect cancer or potential spread of the disease.

For example, there may be an instance where a patient’s pathology report indicates there was no evidence of cancer but the biopsied area appears to be PET positive or “lit up on a scan.”

A PET scan measures the metabolic activity of the cells in the body. In this instance, there may be evidence to suggest there’s abnormal tissue, but it’s not concrete enough to say it’s cancer.

Montgomery said the needle may have missed the tumor, and then a second biopsy would be needed to get a better sample of the tissue to determine whether the tumor is cancerous. Or there could be scar tissue or inflammation from past infections that causes the scan to light up, but in the end is insignificant.

“Sadly, if you’re in a position in which somebody thinks you could have cancer from a scan, and a tiny biopsy is done and no cancer is found, you really need to consider the possibility that the darned needle just didn’t quite get what it was supposed to get,” said Montgomery, a gastrointestinal and soft tissue pathologist at University of Miami Health System.