Thanks to The Cancer Genome Atlas (TCGA) Research Network, researchers now have a better understanding of genomic alternations in head and neck cancers.

Thanks to The Cancer Genome Atlas (TCGA) Research Network, researchers now have a better understanding of genomic alternations in head and neck cancers.

The study, which is touted as the most comprehensive integrative genomic analysis of head and neck squamous cell carcinoma, uncovered clues about certain head and neck cancer subsets, such as HPV-associated and smoking-related tumors. The findings were published in Nature.

“The rapid increase in HPV-related head and neck cancers, noticeably in oropharyngeal tumors, has created an even greater sense of urgency in the field,” lead author D. Neil Hayes, associate professor at the UNC Lineberger Cancer Center, said in a statement. “We’re uncovering differences between tumors with and without HPV infection, and these new data are allowing us to rethink how we approach head and neck cancers.”

For the study, the TCGA team generated and analyzed genomic data on 279 head and neck squamous cell carcinomas from untreated patients. About 80 percent of the samples were from people who smoked, and the majority of the samples were oral cavity cancers (61 percent) and larynx cancers (26 percent).

Researchers discovered that many of the HPV-associated tumors had specific genomic alterations, some of which were also found among a much broader set of mutations in smoking-related tumors.

“Collectively, these findings provide new insights into HNSCC [head and neck squamous cell carcinoma]and suggest that shared and unique alterations might be leveraged to accelerate progress in prevention and therapy across tumor types,” the authors wrote

HPV is the most common sexually transmitted virus nationwide, and about 25 percet of head and neck cancers are linked to HPV infection. The HPV vaccines approved by the FDA can likely help prevent many cancers caused by HPV infection.

“While many head and neck cancers are preventable, they are increasingly common throughout the world, and often challenging to effectively treat over the long term,” NCI Director Harold Varmus, MD, said in a statement. “This type of broad analysis provides important new clues for future research and treatment directions.” 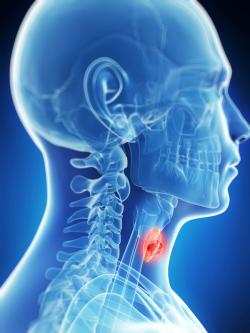