I think one of the scariest things about cancer is its propensity towards silence. Pancreatic cancer not showing symptoms until it is in advanced stages, breast cancer disguising itself as a swollen milk duct in a nursing mother, men thinking that prostate cancer symptoms are just “getting older.” Cancer is smart and its tricky. In many cases, our best defense is a good offense, as the cliché goes.

I was a freshman in college when Madelyn Khan succumbed to ovarian cancer in December 1999. Although my young life had already been touched by cancer at that point, I was still relatively naïve when it came to the different forms of cancer. I remember calling my mom to talk about it, as Ms. Khan was one of my favorite actresses. It was then that Mom was able to really hammer home the importance of yearly well woman exams.

Let’s take some time today to talk about ovarian cancer, its symptoms and stages, and outlook and treatment options.

Remember how I talked about silent killers? Well, ovarian cancer isn’t necessarily silent, but it disguises itself as other things. Its symptoms are those that just about every woman has at least once a month – regardless of if we have gone through menopause or not: bloating, symptoms in our urinary tract (feeling like you need to go often), feeling full after not much of a meal, and pelvic/abdominal pain. What differentiates these symptoms in ovarian cancer from something more benign such as a urinary tract infection or bloating from gas, is their persistence – they don’t go away despite treatments that should make them disappear. The American Cancer Society tells us that if you experience these symptoms more than 12 times a month, you should discuss this with your doctor. Other more severe symptoms may include: may during intercourse, changes to your period, fatigue, pain in your back, and swelling in the tummy though you may be losing weight.

The staging of ovarian cancer is very complex and detailed, utilizing the T,M,N system that we are used to, but also using stages one through four and substages within those. For a very detailed look at these stages, I encourage you to navigate over to the American Cancer Society’s page for Ovarian Cancer Stages. What I am presenting you below is the readers digest version of this.

Stages IIA through IIC indicate that the disease has spread to nearby structures such as the bladder, the uterus, or the sigmoid colon. Here, we have T2, M0, N0 – with no spread to lymph nodes or distant metastases.

In stage IIIA1 through IIIC we see the disease progress in its spread. Lymph nodes may or may not be affected (N0 or N1), although distant metastases are still not present (M0). The tumor spread can be anywhere from T1 to T3 at this stage. Here surgeons may or may not be able to see cancer spread on other organs, but under the microscope cancerous cells can be seen. Spread of the disease here is termed regional – staying in the abdominal and pelvic cavities.

Stage IVA and IVB describe disease that has spread to distant sites such as the fluid around the lungs and to the bones. Any T, any N, and M1a and M1b describe these stages.

The treatment options and decisions made will depend greatly upon the extent or stage of the disease, as well as the exact type of ovarian cancer that the patient has.

For women at average risk of developing ovarian cancer, there are currently no increased screenings recommended above yearly well woman exams. At these exams, your doctor will assess your uterus and ovaries for size, shape, and texture. Some ovarian tumors are able to be felt, but sadly, many are not. Women at higher risk, such as those with BRCA mutations, may opt for enhanced screenings such as transvaginal ultrasounds to get a better look at the ovaries. If you are at a high risk for this disease, please discuss your screening options with your doctor.

As always, much love, many prayers, and abundant blessings to all of the warriors out there! 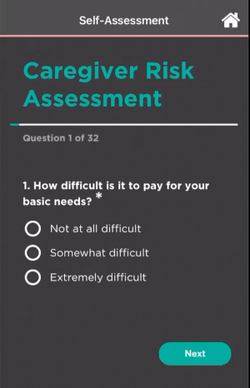