A three-drug treatment sparked complete responses in more than half of patients with high-risk chronic lymphocytic leukemia, who also tolerated the regimen well.
BY Gina Columbus
PUBLISHED July 21, 2020
A three-drug regimen led to complete remission in more than 50% of patients with previously untreated high- risk chronic lymphocytic leukemia (CLL), a blood cancer that lacks effective treatments. The findings from the phase 2 CLL2-GIVe trial were presented during the 2020 European Hematology Association Congress in June.

The triplet of Imbruvica (ibrutinib), Venclexta (venetoclax) and Gazyva (obinutuzumab), all targeted drugs, led to a complete remission rate of 58.5%. Furthermore, at cycle 15, 80.4% of patients had achieved minimal residual disease in their circulating blood, meaning that they had no detectable cancer. The combination also demonstrated an acceptable side effect profile.

Each component of the triplet therapy is a targeted drug that focuses on a different cancer-driving protein. Imbruvica interferes with Bruton’s tyrosine kinase, which drives growth. Venclexta inhibits the effects of B-cell lymphoma-2, facilitating cell death. Gazyva is an antibody against CD20, which is found on B cells.

All three drugs are already used in CLL treatment, either alone or with other drugs.
CLL starts in the bone marrow, where cancer cells multiply quickly and crowd out normal cells and can also involve lymph nodes. In high-risk CLL, genetic abnormalities are associated with poorer-than-average responses to therapy and health outcomes.

In May 2019, the FDA OK’d Venclexta plus Gazyva for the initial treatment of patients with CLL or small lymphocytic lymphoma. The approval was based on findings from the phase 3 CLL14 trial, in which the combination led to a 65% lower risk of disease progression or death compared with Gazyva plus chlorambucil, a chemotherapy, in this patient population.

Moreover, in January 2019, the FDA approved the combi- nation of Imbruvica and Gazyva as an initial treatment for patients with CLL or small lymphocytic lymphoma, based on data from the phase 3 iLLUMINATE (PCYC-1130-CA) trial. Among the participants, Imbruvica plus Gazyva led to a 77% reduction in the risk of disease progression or death versus chlorambucil plus Gazyva.

THREE THERAPIES IN ONE REGIMEN

Previously, the triplet regimen of Imbruvica, Venclexta and Gazyva was explored in another phase 2 trial of patients with untreated, recurrent or treatment resistant CLL. At a median follow-up of 18 months, 23 of the 25 patients with recur- rent or treatment-resistant disease remained in the study and achieved some type of response: three complete, three complete with incomplete bone marrow recovery, and 17 partials, for an overall response rate of 92%.

In the CLL2-GIVe trial, investigators with the German CLL Study Group evaluated the triplet of Imbruvica, Venclexta and Gazyva as a first treatment in patients with high-risk CLL who lacked part of chromosome 17, known as 17p deletion, or had mutations to the TP53 tumor suppressor gene. 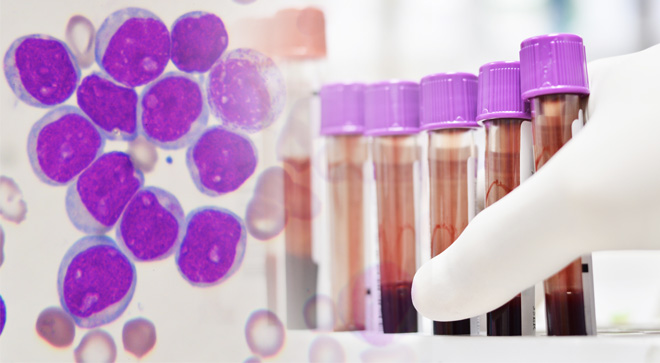 All three agents were administered as part of a six-month regimen, followed by a combination of Venclexta and Imbruvica for an additional six months. If complete response with minimal residual disease was not achieved, Imbruvica was then administered as maintenance therapy, to help sustain response, for a total of 36 cycles.

Of the 41 patients enrolled, 24 were men. The participants ranged in age from 35 to 85 years, for a median age of 62. Twenty-six patients had a 17p deletion and 39 had TP53 mutations. In addition, 32 patients had an unmutated IGHV gene, which encodes a part of the antibody protein; this unmutated status predicts poorer prognosis.

At cycle 15, or a median follow-up of 18.6 months, all patients were included in the efficacy and safety analyses, and 38 reached a final restaging of their disease. The investigators noted that 22 patients discontinued treatment at cycle 15 because of undetectable disease and a complete response with or without complete hematologic recovery. Treatment was discontinued in 13 patients for other reasons, including side effects and personal choice.


Results showed that the partial response rate was 34.2%, with 7.3% of responses not available. Three patients’ results could not be assessed: Two had died, one because of compli- cations of ovarian cancer and another because of cardiac failure, and the third withdrew consent at cycle 10. However, all three did experience a partial response.

Regarding safety, the regimen was well-tolerated. Serious or severe side effects included infections (19.5%), low neutrophil counts (43.9%), infusion-related reaction (7.3%), headache (2.4%), low platelet counts (14.6%), joint pain (2.4%) and irregular heartbeat (2.4%).
Be the first to discuss this article on CURE's forum. >>
Talk about this article with other patients, caregivers, and advocates in the CLL CURE discussion group.