Remembering the Life and Legacy of Valerie Harper

Diagnosed with lung cancer in 2009, she lived cancer-free for five years before learning in 2013 that the disease had spread to the meninges (the membranes surrounding the brain) — a condition known as leptomeningeal carcinomatosis. Harper was told she had months to live, but targeted therapy kept the disease at bay for years. “I was supposed to be dead in three months, so you don’t quiver when it’s been two years and two months,” she told CURE® in a 2015 sit-down interview.

With the time she had, Harper advocated for more cancer research funding, especially for the brain cancer community, and raised awareness of lung cancer risk through her work with the advocacy group LUNG FORCE.

In 2015, she lent her time and voice to two special CURE® programs — the Extraordinary Healer® Award for Oncology Nursing and GBM Heroes® — as the keynote speaker. "Valerie Harper was a passionate advocate for innovation in cancer treatments," said Pritesh Shah, chief commercial officer at Novocure, a global oncology company working to extend survival in some of the most aggressive forms of cancer, and sponsor of GBM Heroes®. "Her positive spirit and outlook on life, especially throughout her time with cancer, was remarkable. We are grateful for her contributions in advocating for advancements in cancer treatments."

The Extraordinary Healer® ceremony honors oncology nurses across the country for going above and beyond in caring for their patients. GBM Heroes® reflects on the commitment of health care providers, caregivers and patients who live each day to help change the outcome for those diagnosed with the rare and deadly brain cancer. 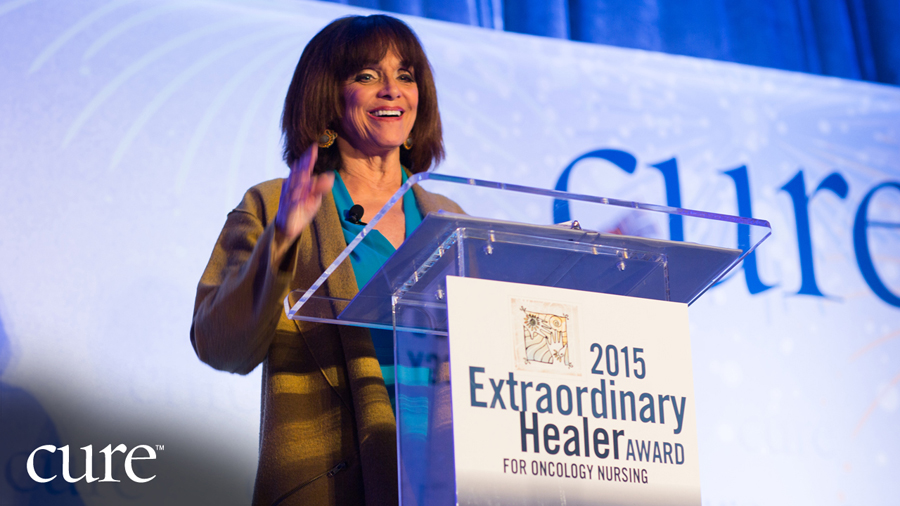 “If the nominees from this award find my story inspiring, I’m thrilled,” Harper said. “They are the inspirers. They are the people who took years, months, weeks and every day of their life to confront what was facing them.”

Born on Aug. 22, 1939, in Suffern, New York, Harper was the daughter of a lighting salesman and a nurse. She got her start in show business as a dancer and chorus girl on Broadway, performing in several shows, before being cast as Rhoda Morgenstern for the 1970s sitcom “The Mary Tyler Moore Show.” Her character was the best friend to Mary Richards, played by Moore. Harper then starred in the spin-off series “Rhoda” from 1974 to 1978. For her role, she won four Primetime Emmys.

Harper was a beloved wife, married to Tony Cacciotti for 32 years. They have a daughter Cristina Cacciotti, who confirmed her mother’s death but did not disclose where she died.

In recent months, Harper’s health had started to decline with her devoted husband announcing in July that he decided not to mover her into hospice care despite recommendations from her health care team. A GoFundMe campaign was also created to help ease the financial burden of treatment costs.

Through CURE®’s programs, many people in the cancer community had the opportunity to talk with Harper and hear her story firsthand. “I remember meeting Valerie and her husband, Tony, for the first time at GBM Heroes while representing the EndBrainCancer Initiative. While looking into her bright eyes and her generous smile, feeling her love for life! During her brain cancer fight, Valerie taught the world to embrace and share life with others while fighting this disease,” said EndBrainCancer Initiative president and chair Dellann Elliott Mydland, who lost her husband to brain cancer.

“I know she encouraged others to not only donate support to end brain cancer but also to further research so that one day there will be a cure for this disease. Thank you, Valerie, for inspiring all of us in the brain tumor community every day and know that you will forever be in our hearts. We fight for you and all of the many brain tumor patients in the world every day.”

In a message to CURE® readers, Harper encouraged those living with cancer to “stay fighting and continue on this amazing path of new ideas for treating and conquering cancer.”
Be the first to discuss this article on CURE's forum. >>
Talk about this article with other patients, caregivers, and advocates in the Lung Cancer CURE discussion group.