Having cancer is very much like being in a foreign country.
PUBLISHED June 27, 2017
Khevin Barnes is a Male Breast Cancer survivor, magician and speaker. He is currently writing, composing and producing a comedy stage musical about Male Breast Cancer Awareness. He travels wherever he is invited to speak to (and do a little magic for) men and women about breast cancer. www.BreastCancerSpeaker.com www.MaleBreastCancerSurvivor.com 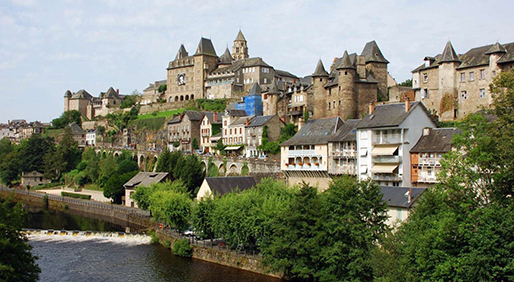 I am in Obenheim, France as I write this. I came to Europe to address a convention about the benefits of laughter and humor in our health and healing. As July approaches, the weather is good and the tourists are arriving in great numbers. France is the most visited country in the world, with well over 83 million people traveling here each year. Statistically, about 30 million of these people will be diagnosed with some form of cancer in their lives.

Breast cancer in French men accounts for just 400-450 new cases annually, and most are diagnosed at a later stage due to a distinct lack of knowledge about the disease. Unfortunately, this shortage of information is not confined to France, but is typical of the general population while affecting men the world over.

I’ve come to understand through my own experience that receiving a cancer diagnosis is not unlike traveling in a foreign country. And so, I sit in France as I write these words. And I travel with my cancer, wondering how my journey will unfold as I strive to keep my life’s passport active and up to date.

The realization that I am completely unknown here, unrecognized, unable to speak or be understood is oddly emancipating. But at the same time, it’s a freedom that carries with it an enormous void, where people and thoughts move in slow motion, and it feels as though every moment holds the possibility to be explosive or sanguine; and either one could be perfectly acceptable. That’s the very nature of cancer – to make choices for us in its own time and in its own untranslatable language.

Even the birds outside my chateau window seem to sing in foreign voices. There is a cushion of unclarity that surrounds me here, very much like the shell of my éclair which enfolds the richness of the experience it holds inside.

This is what cancer feels like the moment we are awakened to its presence. This is the space where cancer resides – unheard, unknown and unspoken. We learn, however, to speak its language as we travel through it, like so many wide-eyed tourists in a far away land. And we have no choice really, if we hope to ever separate it from the inexplicit place on the map upon which it lives, and to bring it to our own hometown where, perhaps reluctantly, we can invite it in as a sort of illegal immigrant, destined to remain in our world for an indefinite visit.

This isn’t meant to sound like a bad trip. Rather, it’s an observation about my disease that required me to venture far away from all that I’m accustomed to and comfortable with, by which to see it.

When we distance ourselves from our cancer, if only for a while, we gain a new perspective to manage it in our lives. I believe there’s a place where the fear and anxiety of cancer does not exist. And I believe that we are already traveling within its borders. So, I stand at the ready, visa in hand, prepared to discover the very spot where cancer, health and healing are no longer worlds apart.
Be the first to discuss this article on CURE's forum. >>
Talk about this article with other patients, caregivers, and advocates in the General Discussions CURE discussion group.