An Evolution of Complementary Cancer Therapy

The goal of the trial was to test the hypothesis that a psychological intervention could reduce the risk of cancer recurrence for women with breast cancer.
BY Kathy LaTour
PUBLISHED October 26, 2017 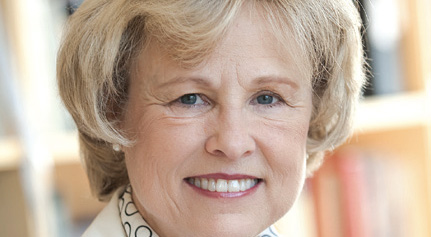 Barbara Andersen, Ph.D., studied the connection between psychological interventions and breast cancer risk. - COURTESY BARBARA ANDERSEN
In 1994, BARBARA ANDERSEN, Ph.D., at The Ohio State University, began a clinical trial that examined stress and immunity in people who have been diagnosed with breast cancer. The goal of the trial was to test the hypothesis that a psychological intervention could reduce the risk of cancer recurrence for women with breast cancer.

The 227 women in the study had stage 2 or 3 breast cancer. Before beginning adjuvant cancer therapy (additional cancer treatment given after the primary treatment to lower the risk of recurrence), they were assessed with psychologic and behavior measures and were randomized to either receive psychologic intervention and assessment or assessment only. The intervention was led by psychologists who conducted small groups with strategies to reduce stress, improve mood, alter health behaviors and maintain adherence to cancer treatment and care.

“We talked about social support, going over family and friends and others in the patient’s life. Body image was discussed as well as health behaviors,” Andersen says. The groups also increased their activity using a walking program, she says. And those who exercised in the past were encouraged to go back to prediagnosis levels.

The women had monthly maintenance sessions and set individual goals for themselves. “We would go through them and then revise the goal sheet for the next month, helping people maintain the changes they had achieved.”

In 2009, Andersen published her findings showing that “psychologic interventions, as delivered and studied here, can improve survival.”

The survival time for the women in the intervention and assessment arm was significantly lengthened: 3.2 years compared with 1.7 years for those only in the assessment arm. Those who reproduced the trial found a range of reduction in survival time as well as reductions in depression.

Based on the results of the study, clinical adaptation should have easily followed, but it was surprisingly slow to spread. The reason, Andersen says, was the same reason it takes longer for most psychosocial interventions with positive results. “There has been a problem with dissemination with all psychosocial interventions from clinical trials like ours to the community,” she says.

“People are aware of the gap and efforts to address it, but there has not been much funding for dissemination implementation.”

In 2010, Andersen received funds to train 135 mental health professionals from 92 facilities around the country. She called her program, which was the only complementary clinical trial focused on dissemination at the time, Cancer to Health.

“When we train people and they go back home, they are usually met with interest. It is rare when they tell physicians that they say their patients don’t need it. It is more lack of awareness in the medical community that has kept such programs from implementation.”

As of now, the grant funding has ended, but she is following those trained in the program and will continue to encourage their work.
Be the first to discuss this article on CURE's forum. >>
Talk about this article with other patients, caregivers, and advocates in the General Discussions CURE discussion group.