New guidance from the Food and Drug Administration recommends that the makers of breast implants include a black-box warning, a patient decision checklist and other information on product labels that will help protect them against a cancer and an autoimmune condition that can arise from use of the devices.

Makers of breast implants should supplement their labeling to include a boxed warning about health problems that can arise from the devices, along with a patient decision checklist that highlights those concerns, according to final guidance issued today by the Food and Drug Administration.

The guidance, titled “Breast Implants - Certain Labeling Recommendations to Improve Patient Communication,” recommends, but does not mandate, that manufacturers include information about two major health issues that can arise from implant use: breast implant-associated anaplastic large cell lymphoma (BIA-ALCL) and breast implant illness (BII), an autoimmune condition that can result in brain fog, fatigue, rash, and muscle or joint pain. A draft of the document was issued in 2019.

Patients who developed those conditions after having implants placed called for the labeling changes during a March 2019 FDA General and Plastic Surgery Devices Advisory Panel. The hope of those who testified was to ensure that patients considering implants in the future will be fully informed of the potential dangers associated with them. Many who spoke that day stated that surgeons often fail to provide this information.

One of those patients, Roxane Vermeland, a breast cancer survivor who was treated for BIA-ALCL after receiving implants as part of breast reconstruction after mastectomy, was pleased to hear about the FDA’s decision.

“This is great news,” she said in a statement to CURE®. “We have been advocating hard for this, as women need to know the risks of implants up front so they can make an informed decision. The black-box warning alone is a major accomplishment for us which will truly make women think about the decision to put implants into their bodies. I am in tears as I write this.”

According to the guidance, the boxed warning should state that breast implants are not considered lifetime devices; the chance of developing complications increases over time; some complications will require more surgery; implants, particularly textured ones, have been associated with the development of BIA-ALCL; and implants have been associated with systemic symptoms. The checklist should note situations in which the device should not be used; considerations for a successful breast implant candidate; risks associated with surgery and BIA-ALCL; the importance of appropriate physician education, training and experience; the risk of BII; and should suggest discussion of options other than breast implants, the guidance states.

The guidance also suggests updates to the silicone gel-filled breast implant rupture screening recommendations, stating when MRIs should be conducted; inclusion of an easy-to-find description of the materials used to make the implants; and provision of patient device cards that will inform patients about what kind of implants they have, state a serial or lot number for the specific devices and include a toll-free phone number for the manufacturer.

The labeling recommendations are intended to enhance, but not replace, discussions between doctors and patients about the benefits and risks of breast implants, the FDA wrote in a press release.

Finally, the FDA has updated its guidance titled “Saline, Silicone Gel, and Alternative Breast Implants” to make it consistent with the new labeling recommendations. The FDA stated that it will continue to work with professional medical societies, patient advocacy groups and women’s health organizations to help ensure that risk information about breast implants is disseminated to patients.

“As new information has become available about the risks and complications of breast implants, it is critical that women have access to information they need to make informed decisions,” Dr. Binita Ashar, director of the Office of Surgical and Infection Control Devices in the Center for Devices and Radiological Health, said in the release. “After working with stakeholders, including patients, today we are recommending format and content changes to breast implant labeling so the information is presented in an easy-to-understand way. It is important that patients discuss the risks and benefits of breast implants with their health care provider, and we hope that these labeling recommendations will help in facilitating these discussions.”

Lisa Schlager, vice president of public policy for Facing Our Risk of Cancer Empowered (FORCE), who attended and spoke at the 2019 panel hearing, commented to CURE® on the draft labeling recommendations.

“Many women have no issues or complications related to their breast implants. Still, FORCE applauds the FDA’s efforts to better ensure that patients considering implant-based breast reconstruction or augmentation receive and understand details on the potential benefits and risks of these devices. Some women report never being told about possible risks, with surgeons not providing or glossing over informed consent documents,” Schlager said. “While most patients will never see the boxed warning, it will serve to remind surgeons about the importance of patient education and informed consent. It is essential that women receive the most current, comprehensive information to help them make informed decisions about breast implants.”

She noted that, while the Breast Device Collaborative Community (which FORCE has been a part of) provided the FDA with a recommended patient checklist, “it appears that the agency is giving the manufacturers leeway to develop their own checklists. Unfortunately, this may lead to disparate communication.”

Diana Zuckerman, president of the National Center for Health Research and its Cancer Prevention and Treatment Fund, also had a concern, pointing out that guidance from the FDA usually consists of recommendations that are not enforceable.

“That's a big question for us,” she said in an interview with CURE®. "Because we know from experience that, if it's a suggestion, there are just a lot of doctors who aren't going to follow through. We think this needs to be required, and we will be working with the plastic surgeons’ medical societies to try to ensure that they urge their members in the strongest possible terms to use this checklist, either the FDA’s version of it or our version, which we think is better.”

The FDA also acted on testimony given at the March panel when it requested in July that Allergan, which was since purchased by AbbVie, issue a worldwide recall of any of its Natrelle Biocell textured implants and tissue expanders that remained on shelves. That’s because textured implants, particularly the Natrelle Biocell product line filled with either saline or silicone, have been linked with BIA-ALCL. As of Jan. 5, the cancer had been diagnosed in 733 patients and killed 36, the FDA reported Aug. 20.

“Although the overall incidence of BIA-ALCL appears to be relatively low, once the evidence indicated that a specific manufacturer’s product appeared to be directly linked to significant patient harm, including death, the FDA took action to alert the firm to new evidence indicating a recall is warranted to protect women’s health,” Dr. Amy Abernethy, the FDA’s principal deputy commissioner, said in July.

Allergan complied with the request, but some women are suing the company, claiming that manufacturing variations created Biocell implants with “foreign, adulterated, sharp solid silicone particles/fragments/contaminants,” according to an article in aboutlawsuits.com. The woman allege that they might have avoided BIA-ALCL if Allergan had been more forthcoming about the dangers of the devices, the article states.

Also at the panel hearing, the FDA stated that implant manufacturers should file reports of cases of BIA-ALCL or BII in the Manufacturer and User Facility Device Experience (MAUDE) database, where past data summarized in reports will also be made available. The agency also agreed to partner with registries such as PROFILE, which collects data on patients with BIA-ALCL, and the National Breast Implant Registry, which collects data on the safety and performance of implants. Both are run by the Plastic Surgery Foundation.

First identified about 20 years ago, BIA-ALCL is a rare type of non-Hodgkin lymphoma that arises specifically in women with implants. The FDA first warned women about BIA-ALCL in 2011.

Breast implant illness, meanwhile, seems to occur more often in women who have a personal or family history of autoimmune conditions, experts said, suggesting that more research is needed and that these women should be warned before getting implants. One expert at the 2019 hearing said that this group should opt against implants.

Jennifer Cook of Georgia, who received a diagnosis of BIA-ALCL in 2017, told the 2019 FDA panel that she received her implants as part of a clinical trial and signed a consent form stating that there was no established scientific evidence linking them with cancer. Over many years, she said, no one informed her that a risk had been established, and she found out only by watching a play on the topic at the middle school where she taught.

“I was shocked and thought I would need to reprimand the students for making false statements, and then I learned the horrifying truth,” Cook said. “Shortly thereafter, I recognized that I had symptoms. I was blindsided. I was deceived, and I don’t want anyone else to go through that.” 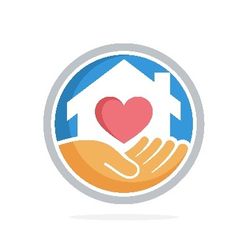