Microsatellite instability is a genetic condition that could be difficult to understand. We broke it down to explain how it works.
BY Brielle Urciuoli
PUBLISHED August 29, 2018 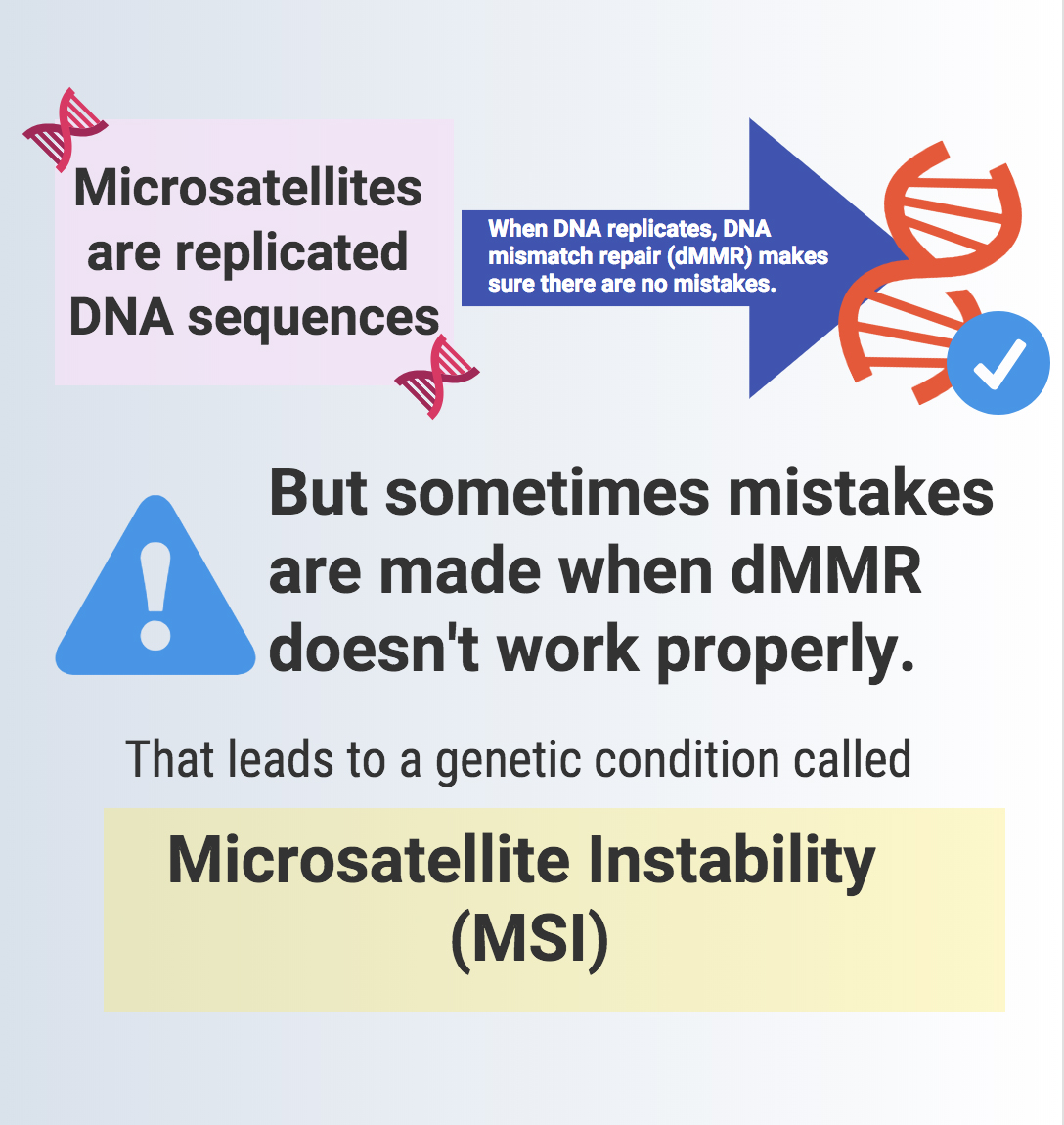 Microsatellite instability (MSI) is a signature associated with the process of when the proteins that are responsible for repairing errors in genes do not fix errors made while DNA is replicating, also known as DNA mismatch repair (dMMR). MSI is typically found in patients with colorectal and endometrial cancer.

While MSI may result in to a variety of cancer types, there are a few things to remember: