Survivors of stage 3 colon cancer undergoing chemotherapy after sur­gery benefited from drinking artificially sweetened beverages, according to study results published in July 2018. Those who drank at least one 12-ounce serving a day had roughly half the risk of cancer recurrence or death compared with survivors who usually didn’t drink these beverag­es. Increased intake of artificially sweetened drinks was also associated with a statistically significant improvement in length of life.

Furthermore, replacing a daily 12-ounce serving of a sugary drink with an artificially sweetened one was associated with a 23 percent lower risk of cancer recurrence and mortality, Brendan J. Guercio, M.D., and col­leagues, reported in a paper in the journal PLOS ONE.

The study authors explored the potential connection between arti­ficially sweetened drinks and better health outcomes because they knew from previous findings that having an excess energy balance — related to, for instance, a sedentary lifestyle, diabetes or high intake of sugar-sweetened beverages — is associated with increased colon cancer recurrence and mortality. “We hypothesized that artificially sweetened beverage intake might reduce colon cancer recurrence by substituting for, and thereby reduc­ing, intake of high-calorie, sugar-sweetened alternatives,” they wrote.

The 1,108 survivors in the study reported their dietary and lifestyle habits, including intake of artificially sweetened beverages, by question­naire four months into chemother­apy treatment and six months after completing therapy. The findings of a benefit associated with artificial­ly sweetened beverages persisted even after researchers adjusted for factors that could affect the results, such as body mass index, physical activity, following Western eating patterns and dietary glycemic load, they wrote. Glycemic load refers to the amount a particular food raises the glucose level in a person’s blood; sugars and other carbohydrates tend to increase this number.

The scientists suggested that consumption of both categories of beverages should also be studied in people who have not developed colon cancer. 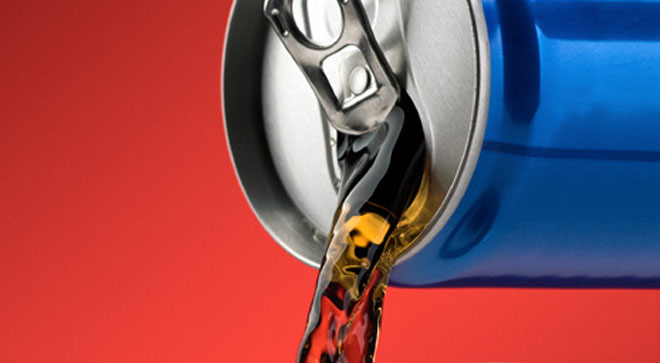