When Paula Young of Brockton, Mass., received a diagnosis of stage 1 endometrial cancer in 1998 and was told she would have to undergo surgery, she decided to use relaxation techniques she had learned prior to an earlier surgical procedure. She was confident that guided imagery and deep relaxation could reduce presurgical stress and enhance postsurgical healing.

"I had a total abdominal hysterectomy and went home the next day, "instead of the usual two- or three-night stay, Young says. "I had an amazing recovery as every day I visualized my healing."

The integrative technique of mind-body surgery preparation Young used has been embraced by some of the nation's top medical centers, including Brigham and Women's Hospital in Boston and Kaiser Permanente Santa Clara Medical Center in Santa Clara, Calif.

"The goal is to empower patients to reduce anxiety and to turn their worries into positive healing imagery," says Peggy Huddleston, author of Prepare for Surgery, Heal Faster: A Guide of Mind-Body Techniques. Her program "gives patients the mind-body techniques they need to shift themselves out of fear into feeling peaceful," she adds.

Mind-body surgery preparation can benefit hospitals, too, Huddleston says, because calmer patients may require less anesthesia, which saves money. Moreover, by "visualizing a positive recovery," she explains, "patients can reduce stress and the use of pain medication and strengthen their immune system."

Preparation for surgery, we believe, is a particularly important time to engage in mind-body practices because it is a time of tremendous stress.

There is a clear connection between how people process events in their minds and how that can impact all the systems in their bodies, says Lorenzo Cohen, a professor and director of the integrative medicine program at the MD Anderson Cancer Center in Houston.

"Preparation for surgery, we believe, is a particularly important time to engage in mind-body practices because it is a time of tremendous stress," Cohen adds.

According to Cohen, pre-surgical anxiety can trigger the release of stress hormones, such as cortisol and norepinephrine, which can adversely affect immunity and other body systems involved in healing.

"We know from the research that chronic stress can lead to exacerbation of hypertension, a decreased clotting time, suppression of cellular immunity and a decrease in type 1 cytokine response," Cohen says. "There has also been some research showing that chronic stress can actually slow wound healing, which is not something one wants after surgery."

"The more conventional forms of stress management, such as guided imagery and relaxation skills, have been part of the perioperative period for 20 or 25 years," Cohen says. But only recently has presurgical preparation included other mind-body practices, he adds.

The effectiveness of mind-body surgical preparation has been widely studied and continues to be an area of ongoing research. One study (in which Cohen was involved), published in the Journal of Clinical Oncology, assessed the short- and long-term efficacy of a presurgical stress management intervention at reducing mood disturbances and improving quality of life in patients with prostate cancer who were undergoing a radical prostatectomy.

The investigators reported less presurgical mood disturbance and some better physical aspects for quality of life in the 12 months after surgery among men who received the stress-management intervention compared with those in standard care, with the supportive-attention group falling in the middle. In a related study published in Psychosomatic Medicine, those who received the stress management education also had signs of increased immune function 48 hours after surgery when compared with the other groups.

Additional studies have shown positive results from the use of mind-body modalities. A pilot study conducted at Beth Israel Deaconess Medical Center in Boston, which was published in the Journal of Alternative and Complementary Medicine, evaluated whether guided imagery had any psychologic and physiologic effects on patients during the first days of hospitalization. Investigators found that those who engaged in guided imagery, compared with those embarking on 20 minutes of quiet time twice a day, experienced reduced anxiety, decreased heart rate and used fewer anti-anxiety medications.

A still-unpublished study conducted at the Lahey Clinic in Burlington, Mass., showed similar results. Patients who received instruction in mind-body surgery preparation were calmer preoperatively and discharged 1.6 days sooner than subjects who did not receive the instruction. In addition, two days after discharge, they reported fewer postoperative complaints and were using 60 percent less pain medication.

But not all studies have uncovered such concrete benefits. A German study of patients undergoing colorectal resections, published in Diseases of the Colon & Rectum, found that patients who received instruction in guided imagery and progressive muscle relaxation showed little difference in analgesic consumption and pain intensity when compared with those who did not receive the intervention.

Though the mechanism behind mind-body surgical preparation is not fully understood, it is believed to inhibit the sympathetic nervous system, which is responsible for the body's stressful fight-or-flight response, and to stimulate the parasympathetic nervous system, which triggers the body's relaxation response, says Adam Perlman, executive director of Duke Integrative Medicine at Duke University Medical Center in Durham, N.C.

Perlman speaks from experience. A year ago, he underwent hip surgery and turned to hypnotherapy, specifically guided visualization, to reduce his stress and help him manage pain more effectively during recovery. He was released from the hospital earlier than anticipated and was able to better tolerate postsurgery discomfort.

Delrene Gardiner, of Maple Falls, Wash., reports similar benefits after using Huddleston's technique to help her through two surgeries, including a lumpectomy and breast reconstruction.

"Mind-body surgery preparation helps you feel empowered to contribute to the outcome of your surgery," she says. "It really gave me a feeling of control over the process and the outcome."

Perlman points out that mind-body surgery preparation is not a "one-size-fits-all" approach; patients must determine which techniques work best for them. "I think the one caveat is to have an open mind," he says. "I have found that if patients have that attitude, most of the time they are able to find a modality that is supportive of them.

"What people often do is wait until they are really stressed out, and say, well, let me try meditation, maybe that will help," he adds. "Mind-body modalities are like any other tool: you must learn how to use them. The more adept you become, the more effective they will be."

Perlman and Cohen view mind-body surgery preparation as an ideal area for continued study. "It is probably one of the more researched areas of complementary and alternative medicine, and I think it's one of the areas that is most integrated into the conventional healthcare system," Perlman says. "I suspect that we will continue to see more mind-body modalities offered to patients who are undergoing surgery or other treatments in the hospital and in the outpatient setting as well. The literature is not only growing, but so is the acceptance." 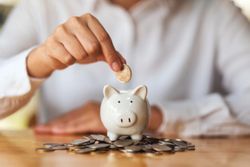