A Whisper and Then a Scream

Some moments in life get seared into your brain. Years later you can picture exactly what you were wearing. You can conjure up the smell of the room.
BY Shannon Pulaski
PUBLISHED September 26, 2017 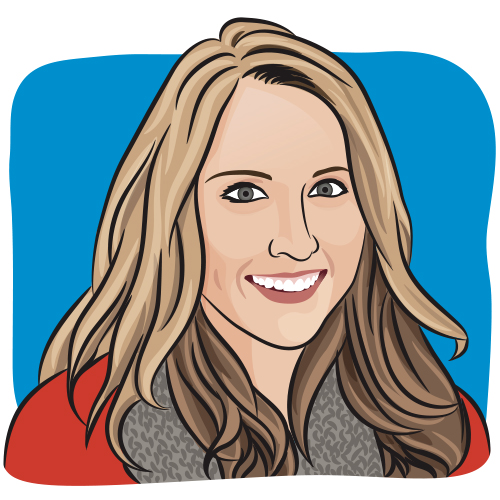 Some moments in life get seared into your brain. Years later you can picture exactly what you were wearing. You can conjure up the smell of the room.

Most moments aren’t like that. Whole months and years fade away to nothing. Who was my sophomore-year history teacher in high school? No clue. I can’t for the life of me remember. But ask me where I was at roughly 10 a.m. on June 10, 2011, and I can tell you every detail.

I was 10 days into being a parent. My brand-new baby girls had been born two months early. A few days after being discharged, I was not allowed to drive, so I had to come up with a plan to get to the hospital to see the girls. Usually, my mother would have volunteered as my personal chauffeur, but on this day, she had a doctor’s appointment. Luckily, a friend was eager to help. I threw on my comfiest pair of sweatpants and rushed to get out the door. As I headed down the stairs, my phone rang. When I answered, immediately all the air was sucked out of the room. My mother was sobbing and unintelligible.

I had no idea what she was talking about — no idea it was even on the table. It came out of nowhere and fell on me like a ton of bricks.

“Mom, what are you talking about?” I quizzed. My mother let out a deep sob, almost a scream. “Where are you now?”

“In the parking lot,” she replied.

“Mom. Stop. I am getting in the car. Take a deep breath. Tell me exactly what the doctor said. How does she know?”

“Your father is on his way. You need to get to the hospital for the babies. Don’t come here.” She was insisting now, with an edge in her voice that let me know she meant it.

“Well, at least talk to me until he gets there. What happened?”

As I listened, I realized our world had changed. That’s what happened.

Before her diagnosis, my mother visited her gynecologist six times in a year. She complained of irregular periods that were very heavy. She told the doctor of her frequent need to pee — nearly all the time. She explained to her doctor that she was gaining more and more weight, even though she felt full after eating very little and was regularly attending Pilates classes with her friends. I recall my mother asking me if her stomach should be getting harder and bigger from ab exercises. I laughed and told her that is not the way it works, and maybe she should attend a few more classes.

It was the mass growing, but we had no idea.

Weight gain, feeling full, irregular periods and the frequent need to urinate can be telltale signs of ovarian cancer. You hear people say that ovarian cancer is a silent killer, but my mother’s cancer was screaming. And my mother was vocal about her concerns with her doctor, yet that doctor was fixed in her ways and short on bedside manner. Her doctor handed her pamphlet after pamphlet on menopause.

My mother pressed; the doctor continued to dismiss: “Oh, you are premenopausal, honey … We all go through the change ... That is nothing more than a fibroid.”

She offered no tests. She sent my mother on her way.

So the ovarian cancer learned to scream a bit louder. My mother began to experience pain from what she thought was a urinary tract infection. She took some antibiotics, but soon the pain spread to her back and made her day-to-day activities a bit difficult. Heartburn and indigestion kicked in. She burped a lot.

Finally, my mother quietly made an appointment with her primary care doctor. When he saw her, he was shocked. In a not-so-sensitive way, he told her she looked as though she was five or six months pregnant. He felt the mass that my mother once considered a budding six-pack and knew. He recommended she go get a transvaginal ultrasound that same day.

Sensing his tone of urgency, she got the test immediately and requested that the results be sent to him and to her gynecologist. She also made an appointment with her gynecologist for the next day.

That evening, my mother’s gynecologist called her and asked why her doctor had sent her for a transvaginal ultrasound. My mother explained that her doctor was concerned about her extended abdomen and believed that perhaps her uterus was enlarged. The gynecologist was short and to the point. She told my mother that her uterus was not enlarged. That was the end of the conversation. My mother considered canceling her appointment for the next day, but something made her go — a feeling … an uneasiness … a scream she could no longer ignore.

When she got there, she waited nervously in the waiting room for what felt like hours. She was eager to get in and out of this appointment so that she could visit her grandbabies. After what felt like an eternity, her doctor came in and performed an exam. The doctor assured my mother that her uterus was just fine and asked her to meet her in her office. Overcome with relief, my mother quickly dressed and almost ran down the hall.

She had only a foot in the doorway when her doctor flatly delivered the news: “Your uterus is fine, but you have ovarian cancer. I am surprised I missed that. I pride myself on being good at finding that.” She seemed more disappointed in her record than in the news she was delivering to my mother. She quickly wrapped up the appointment, leaving my mother beyond distraught. No comfort. No kindness. Not even a suggestion that perhaps she should call someone to drive. Just a cold clinical diagnosis and no directions on how to move forward.

That moment froze in time. The world moved at a rapid pace all around us, but we all stood still.

In the days and months that followed, ovarian cancer became a new language that we all had to learn to survive in this new world. Through the grace of God, my mother found a team of doctors she trusts and that has guided us through the continuing challenges of this disease.

According to the American Cancer Society, every year an estimated 22,440 new cases of ovarian cancer are diagnosed. Ovarian cancer is the fifth leading cause of death related to cancer for women. However, if caught early, it is estimated that the survival rate is 94 percent.

While they say ovarian cancer is a silent killer, it does not have to be if you know the symptoms. Understanding what is normal for your body and recognizing when something feels off is key to being your own health advocate. Symptoms of ovarian cancer can include abdominal swelling, bloating, feeling full quickly after you eat and/or the frequent need to urinate. If you experience these symptoms continuously for two or more weeks, communicate these changes in your body to a doctor you trust. Asking your doctor “Is it my ovaries?” could make all the difference.

Today, my twins are six, and luckily for us, time stood still again when my mother took them to see the Statue of Liberty for the first time this summer. The boat ride … the weather … the dress my mother wore … I am so thankful that I can remember every detail.
Shannon Pulaski volunteers as an Educational Ambassador for Bright Pink, a nonprofit advocacy organization dedicated to teaching young women to be proactive in the detection and prevention of breast and ovarian cancers. Shannon is a business and intellectual property attorney and serves as counsel to Cure Media Group, LLC. In addition, she serves on the Young Leadership Council of the Basser Center.
Be the first to discuss this article on CURE's forum. >>
Talk about this article with other patients, caregivers, and advocates in the Ovarian Cancer CURE discussion group.