From today’s top performers and athletes to surprising findings about prostate cancer treatment, here’s what is making headlines in the cancer space this week.
BY Alexandra Guadagno
PUBLISHED July 19, 2019
St. Louis Cardinals pitcher and Hall of Fame baseball star Bob Gibson, 83, has received a diagnosis of pancreatic cancer. Gibson has been in the hospital receiving treatment near his hometown for the last two weeks in Omaha, Nebraska, said his agent, Dick Zitzmann, to the St. Louis Post-Dispatch.

Gibson played 17 seasons with the Cardinals and twice won the Cy Young Award. Additionally, the two-time World Series Champion was named MVP both times the Cardinals played – and won – the World Series. He retired from baseball in 1975.

Pancreatic cancer is the third leading cause of cancer-related deaths in the United States, and African Americans have the highest incidence rate – up to 67% higher than any other racial or ethnic group in the country – according to the National Cancer Institute SEER database.

Zitzmann said to the St. Louis Post-Dispatch that Gibson would immediately undergo chemotherapy and the baseball legend is expected to start chemotherapy next week. “He’s a fighter,” Zitzmann said. “He’s a tough guy and everyone knows it in St. Louis. He’s determined to go at this full speed ahead.” 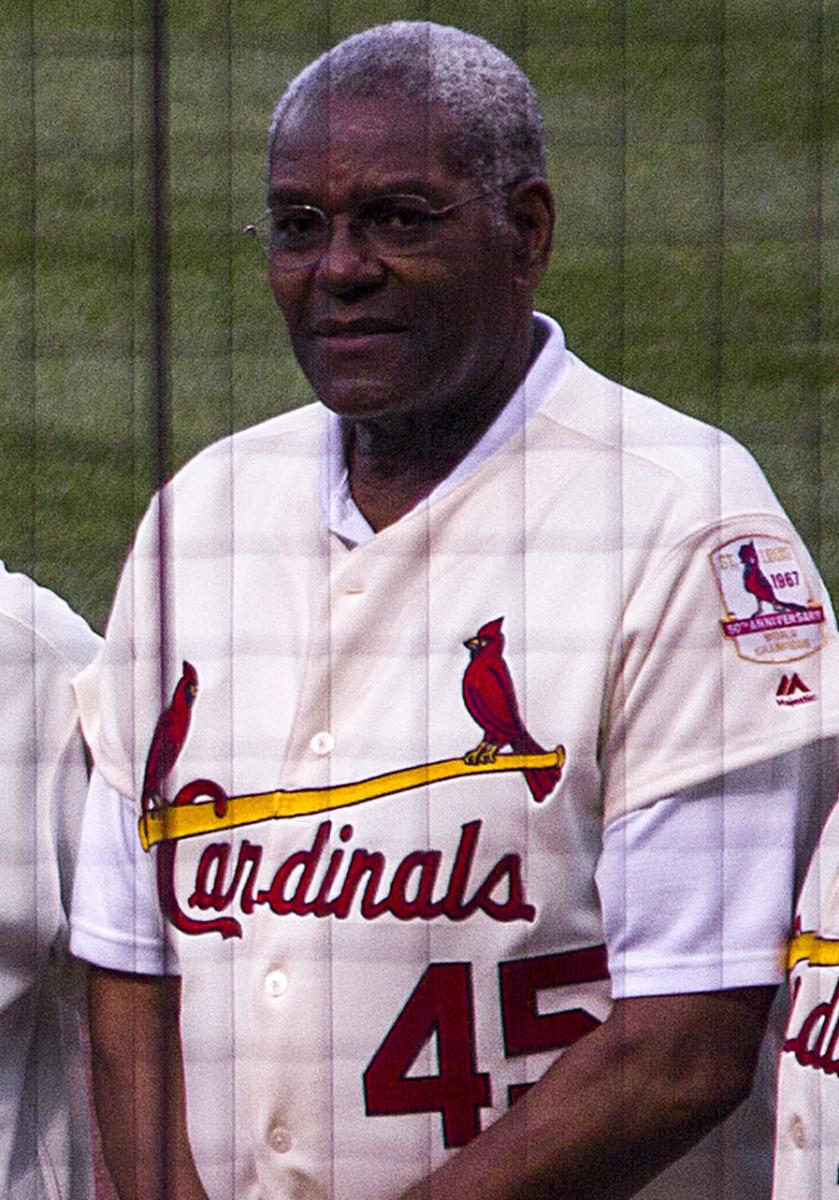 New York Giants running back, Saquon Barkley, granted the wish of a young fan with Ewing's sarcoma. Former high-school basketball player, George Taylor, was 15 when he wrote his sports idol asking for the opportunity to share his story of perseverance as part of ESPN's "My Wish" series.

The show – a five-part series on SportsCenter – aired Saturday, featuring Taylor and his story. The series also showed Taylor being hosted by Barkley and teammates at Giants training camp this past spring as “honorary running back’s assistant.” The “My Wish” episode even featured Taylor catching a pass from his idol, Barkley, as well as receiving customized Giants swag including an official jersey featuring his name.

Taylor was undergoing chemotherapy at the time the show was produced and was given tickets to a future Giants game as “something to look forward to” during the painful treatments. When asked why he never gives up, Taylor simply replied, “Too much to lose.”

The family of the four-time Emmy-winning actress Valerie Harper (“The Mary Tyler Moore Show”, “Rhoda”), has started a GoFundMe campaign to raise money for her cancer treatment and care. Harper has struggled with cancer since 2009, when she received a diagnosis of lung cancer. She announced in March 2013 that she had developed leptomeningeal carcinomatosis, a condition in which cancer cells invade the tissue protecting the brain and spinal cord.

The Valerie Harper Cancer Support Fund was established by her family to help pay for her cancer treatment and other health care costs that are not covered by insurance and has raised over $58,000 at the time of publication.

“There comes a time when our careers are behind us and the unexpected is in front of us,” said the GoFundMe organizer, who identifies herself as Deanna B. on the campaign page. “I also personally know how the world stops when you are fighting cancer. The life you once knew is now different. Health insurance and patient care are out of our hands. I've been working with Val and (her husband) Tony on various projects for over 20 years and there was no hesitation when I was called a few months ago to help them out again. Thanks to everyone for your support and well wishes to Valerie.” 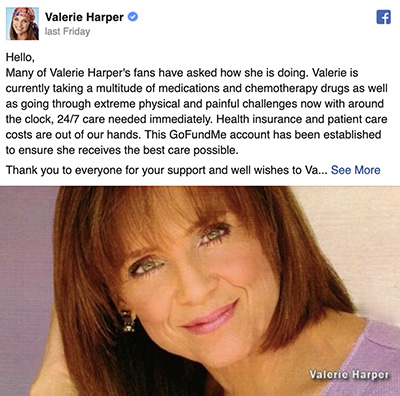 Pittsburgh Steelers running back James Conner revealed in a podcast he was told in 2015 that he had only a week to live after receiving a diagnosis of stage 2 Hodgkin lymphoma. Doctors found tumors around his neck and chest while he was convalescing from a torn ligament.

Conner made an amazing recovery both physically and mentally. After undergoing intense rehab and recovery, including six months of chemotherapy, he was confirmed cancer free as of May 2016.

After beating the disease, he played in the following season and was named 2016 First Team All-ACC when he rushed for 1,092 yards, scoring 20 touchdowns. He was selected by the Steelers in the third round of the 2017 NFL Draft and then earned his first Pro Bowl selection by rushing for 973 yards with 12 touchdowns in 12 starts, according to DK Pittsburgh Sports.

Hormone treatment for patients with prostate cancer may be linked to a heightened risk of Alzheimer's and other forms of dementia, one study suggested. After a prostate cancer diagnosis, androgen-deprivation therapy is used in most prostate cancer cases as a treatment method to lower the levels of testosterone, which fuels the cancer’s growth.

"Our results suggest that clinicians need to raise their awareness about potential long-term cognitive effects of hormone therapy and discuss these risks with their patients," said study author Ravishankar Jayadevappa, research associate professor of geriatrics at the University of Pennsylvania's Perelman School of Medicine in Philadelphia.

When the researchers considered all forms of dementia (including Alzheimer’s disease), 22% of patients who had undergone androgen-deprivation therapy received a diagnosis of some form of dementia, compared to 16% of those who hadn't received the therapy. The researchers also noted that they tried to factor in other variables, such as age, comorbidities and stage of the prostate cancer.

"Most of us are becoming as afraid of getting Alzheimer's as we are of getting cancer," said Dr. Elizabeth Kavaler, a urology specialist at Lenox Hill Hospital in New York City. "When a study pits one debilitating condition against another, it instills fear in patients." Since androgen-deprivation therapy remains the "gold standard" for many incidences of prostate cancer, Kavaler said, the new study findings mean "tough decision-making" for patients and their physicians.
Be the first to discuss this article on CURE's forum. >>
Talk about this article with other patients, caregivers, and advocates in the Prostate Cancer CURE discussion group.